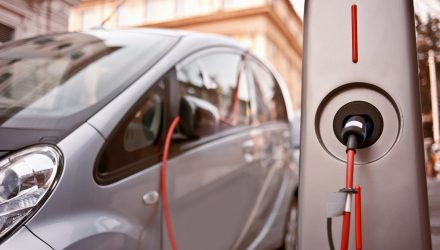 Analysts at Morgan Stanley said Wednesday that Tesla Inc. may be able to boost production in China more rapidly than anyone believed, possibly landing the Silicon Valley car maker as the “leading luxury EV player” in the country.

The analysts, headed up by Adam Jonas, said their team in China had just returned from visiting Chinese suppliers with “fresh feedback” on Tesla’s proposal in the country and the under-construction factory in Shanghai.

“If they’re right, TSLA, may be able to ramp China production faster than we have currently anticipated in our model,” the Morgan Stanley analysts said in a note. Despite the sanguine outlook however, the analysts maintained their rating on the stock as the equivalent of neutral and a price target of $230, a 10% downside over Wednesday’s prices.

Tesla Inc.’s recently adjusted their vehicle lineup to eliminate their cheaper Model S and Model X models. The electric car company also lowered the Model 3 starting price to $38,990. The mass-market sedan’s configuration page still offers three variants, starting with a “standard range plus” option at that lower price all the way to a “performance” option starting at $54,990.

“Tesla continues to drive a wedge between Model 3 and S and X in an effort to get the most out of the premium customers while attracting as many entry-level customers as possible,” Gene Munster of venture-capital firm Loup Ventures said in a tweet.

Tesla, which stated record second-quarter sales earlier this month, scheduled its second-quarter earnings results on July 24 after markets close. A conference call with analysts to discuss the results with Wall Street analysts will follow at 5:30 p.m. Eastern.