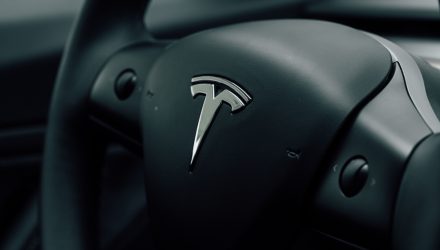 Tesla Highlights Pace of Innovation; Get Exposure With ARKQ and ARKW

Tesla underscored the company’s focus on the pace of innovation at its recent AI Day, which went live on September 30 after trading hours. That has led investors to take a closer look at ETFs with Tesla exposure within their portfolios.

The company hopes to deliver a $20,000 production version of its Optimus robot in the coming years. To do so, Tesla has reconfigured and retrained Autopilot’s hardware and neural networks. The humanoid robot will operate in environments much less constrained than the roads on which cars drive, presenting a different set of challenges for engineers to solve, Tasha Keeney, director of investment analysis and institutional strategies at ARK Invest, wrote in the firm’s October 10 newsletter.

Keeney said Elon Musk re-committed to the worldwide rollout of Tesla’s Full Self Driving (FSD) software by the end of this year during AI Day.

“Tesla continues to push more of its autonomous driving software into neural nets that are governed by deep learning instead of manually created rules,” Keeney wrote. “The company also revealed that other AI models, including language models, have inspired its methods to create digital representations of roads and intersections. With roughly three million cars providing massive reservoirs of global training data, Tesla is likely to be one of the few companies capable of developing a foundation model for objects that move through physical space.”

Investors can gain meaningful exposure to Tesla with the ARK Autonomous Technology & Robotics ETF (ARKQ), and the ARK Next Generation Internet ETF (ARKW).

Companies within ARKW are focused on and expected to benefit from shifting the bases of technology infrastructure to the cloud, enabling mobile, new, and local services, such as companies that rely on or benefit from the increased use of shared technology, infrastructure and services, internet-based products and services, new payment methods, big data, the internet of things, and social distribution and media. These companies may develop, produce, or enable cloud computing and cybersecurity, e-commerce, big data, artificial intelligence, mobile technology, the internet of things, social platforms, blockchain, and P2P.