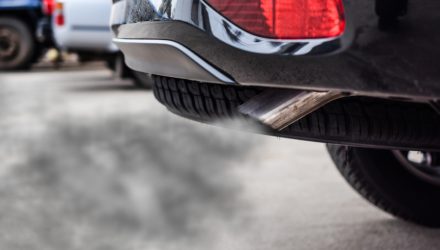 As States Tighten Emissions Standards, Look to Tesla and ‘ARKK’

California is looking to require that electric vehicles be the only new ones sold in the state in the future, an ambitious agenda that carries with it implications for exchange traded funds like the famed ARK Innovation ETF (NYSEArca: ARKK).

More states are emulating the California model and that could bode well ARKK long-term due to the fund’s significant Tesla exposure.

“With Virginia Governor Ralph Northam’s signature on 19 March, Virginia became the 15th state, alongside the District of Columbia, to adopt a zero-emissions vehicle (ZEV) mandate and impose stronger GHG emissions standards than the federal government on US automakers,” according to IHS Markit. “Under Section 177 of the US Clean Air Act, California has been allowed to impose tougher motor vehicle emissions standards than the rest of the nation. Invoking that authority, California set up a ZEV program that requires EVs or transitional EVs, such as plug-in hybrids, make up 22% of each automaker’s new in-state vehicle sales by 2025. By model year 2035, 100% of light-duty vehicles would have to be EVs.”

ARKK to Race Even Higher?

Due to increased concerns over environmental issues, global governments are supporting the development of electric vehicles worldwide.

One of the primary obstacles facing electric vehicle adoption is pricing relative to its internal combustion engine rivals. While EVs are still pricier than their traditional counterparts, the gap is closing, and that’s good news for exchange traded funds like ARKK.

That’s good news for EV sales and, in turn, ARKK.