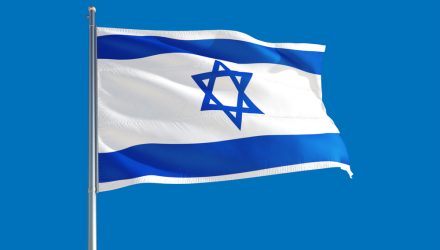 Israel Reclassification Could Be Interesting for IZRL ETF

The ARK Israel Innovative Technology ETF (Cboe: IZRL) is one of the niftier exchange traded funds providing exposure to Israeli equities, and it could be in for a rebound as index provider MSCI reconsiders Israel’s classification.

It’s been more than a decade since Israel was promoted to developed market status from the emerging markets classification — one of the rare instances of that happening. However, Israeli stocks represent a scant percentage of traditional developed markets benchmarks, meaning that many global investors are likely to underweight the tech-heavy country. That could change and bring benefits to IZRL.

Today, Israel resides in the Middle East category, and MSCI is considering altering that status to Europe, which could be a boon for Israeli stocks, including IZRL components.

“MSCI is now seeking market feedback on whether investors prefer Israel in a different regional classification rather than the Middle East,” reports Reuters. “Israel’s securities regulator cited MSCI as saying it was focusing on a reassignment for Israel to Europe, which would expose the capital market to billions of dollars of possible new investment.”

Reclassification of Israel’s regional status would likely be material for IZRL because the ARK Investment Management ETF has 30 overlapping holdings, or an overlap by weight of 40.5%, with the MSCI Israel Index.

The $235.3 million IZRL follows the ARK Israeli Innovation Index, “which is designed to track the price movements of exchange-listed Israeli companies whose main business operations are causing disruptive innovation in the areas of genomics, health care, biotechnology, industrials, manufacturing, the Internet or information technology,” according to ARK.

Experts believe that if Israeli stocks shift into the Europe region, the move could stoke more inflows from foreign investors. That could provide significant tailwinds for IZRL member firms.

As of the end of the third quarter, IZRL holds 77 stocks, 77% of which hail from the technology and healthcare sectors, confirming that the ARK ETF is an accurate representation of Israel’s growing tech and innovation economy.