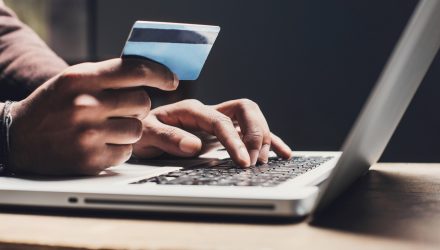 Is Amazon Bullying Its Suppliers?

While Amazon has complained in the past that it was being treated unfairly by President Donald Trump, in recent news, viral phone accessory creator PopSockets accused the massive online retailer of “strong-arming” it and neglecting to eliminate fake products.

David Barnett, CEO of PopSockets, testified during a House Judiciary antitrust subcommittee hearing on competition in the digital economy in Colorado on Friday, alleging that Amazon pressured PopSockets to drop the price of its products on the platform or risk being replaced by “grey market,” or third-party sellers.

PopSockets sells grips that clamp to the back of cellphones. The product has become ubiquitous, as social media has enabled it to burgeon. In addition to Amazon, PopSockets can be found at many conventional retailers such as Target, Best Buy, and T-Mobile.

“One of the strangest relationships I’ve had with a retailer is with Amazon,” Barnett said. “The agreement appears to be negotiated in good faith, but what happens is there are phone calls where we get bullying with a smile.”

Barnett said Amazon utilizes a cornucopia of tactics to “bully” businesses, such as threatening to send excess inventory back at a cost to the company. He also rebuffed Amazon’s argument that there are other online marketplaces for businesses to sell their goods.

“We sell on the Walmart platform, sales are 1/38th of the sales we had on Amazon when we had a relationship,” Barnett said. “And Target it’s even less. These are small fractions.”

This is just one of the recent spats between Amazon and its business partners.

FedEx validated the decision after a report in The Wall Street Journal was released. The news drove FedEx shares down by as much as 1.1%.

“While this decision affects a very small number of shippers, it limits the options for those small businesses on some of the highest demand shipping days in history, and may compromise their ability to meet customer demands and manage their businesses,” a FedEx spokesperson said in a statement to CNBC. “FedEx Ground stands ready to support our customers and will continue to deliver record-breaking volume this holiday season.”