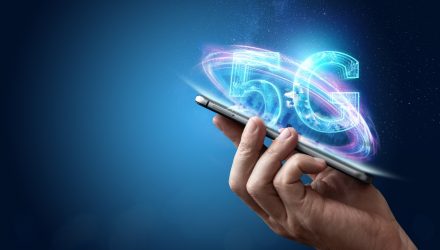 Amid charges of racketeering and plotting to steal trade secrets from U.S. companies, Huawei got the cold shoulder from House Speaker Nancy Pelosi on Friday, as she cautioned nations against working with the Chinese telecom giant and requested that other nations work with the U.S. as the globe races to develop 5G networks.

“This is the most insidious form of aggression, to have that line of communication, 5G, dominated by an autocratic government that does not share our values,” Pelosi, D-Calif., told an audience at the Munich Security Conference. “If you want to build a collective conscience of values and respect for human rights and the rest, don’t go near Huawei and instead, let’s internationalize and build something together that will be about freedom of information,” she added.

“I’ve been tracking China for 30 years on trade, intellectual property and the rest of it, and I tell you unequivocally, without any hesitation: be very careful … unless you want to end up with a society like China or an economy like China which is not in the free enterprise mode,” Pelosi said, expressing that countries need to collaborate with the U.S. on 5G development.
With 5G technology expected to revolutionize the transmission of data, it could lead to smart cities that thrive on digital applications. However, before the deployment of 5G takes place, however, the buildup of its infrastructure is necessary, which is where investors can take advantage of ETFs like the Pacer Benchmark Data & Infrastructure Real Estate SCTR Strategy (NYSEArca: SRVR) and the Pacer Benchmark Industrial Real Estate SCTR Strategy (NYSEArca: INDS).
Investors who missed out on the serendipitous run of FAANG (Facebook, Amazon, Apple, Netflix, Google) stocks in the last bull run can look to capitalize on disruptive tech options like 5G technology. 5G technology will use a higher frequency band versus the current 4G technology standard, resulting in faster transmission of data.
For more market trends, visit ETF Trends.