You are at:Home»Disruptive Technology Channel»How Will Netanyahu’s Departure Affect the Israeli Economy? 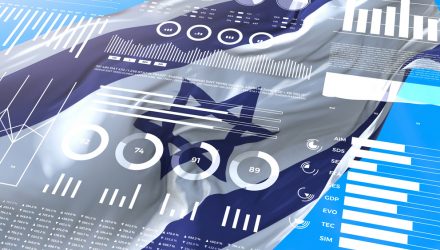 How Will Netanyahu’s Departure Affect the Israeli Economy?

Israel is readying for a new government as Benjamin Netanyahu’s 12-year run as prime minister comes to an end. When news of the transition broke, Israeli stocks traded modestly higher, with the ARK Israel Innovative Technology ETF (Cboe: IZRL) posting a 1.4% gain on Monday.

Although it’s just one trading day, IZRL’s showing in the wake of Netanyahu’s departure could be a sign market participants aren’t expecting much in the way of political volatility in Israel and are forecasting an extension of the policies that made Israel one of the more desirable ex-U.S. developed market destinations in recent years.

“Although the departure of Israel’s longest-serving leader is certainly a historical event for the country’s political scene, the new government likely won’t change much of the nation’s economic course,” says Natan Sachs, director of the Center for Middle East Policy at Brookings, reports Evie Liu for Barron’s.

The Near-Term Situation in Israel

For the moment, Israel is without a functioning government, and the coalition that voted in favor of removing Netanyahu did so in razor-thin fashion, by just one vote.

“With such a slim winning margin and so many diverse parties under the same roof, the new coalition appears fragile. Already, Netanyahu is plotting a comeback and intends to challenge the new government on matters that could split it apart,” according to Barron’s.

Whether the coalition can continue working remains to be seen and it’s possible that Netanyahu’s bid to return to power creates some turbulence. However, IZRL, which tracks the ARK Israeli Innovation Index, could continue its strength even if Nethanyahu’s comeback bid casts a pall over Israeli financial assets.

The ARK fund is heavily allocated to healthcare innovation and technology stocks – two segments the Israeli economy is known for, but groups that are also underrepresented in traditional Israel benchmarks. One of the core competencies of Israeli tech companies, including several IZRL components, is cybersecurity – a theme that should prove durable regardless of Nethanyahu’s political fate.

Bolstering the case for IZRL are two factors. First, market observers believe Nethanyahu shedding the prime minister title was already priced into Israeli equities. Second, the country remains, due in large part to the aforementioned cybersecurity and healthcare innovation sectors, a prime destination for foreign investment.

That trend is continuing this year “as global investors seek new opportunities after last year’s rally left many U.S. stocks, particularly in the technology and media sectors, with expensive valuations. In the first three months of the year alone, Israeli tech firms raised nearly $5.5 billion, more than half the total they raised last year,” reports Barron’s.