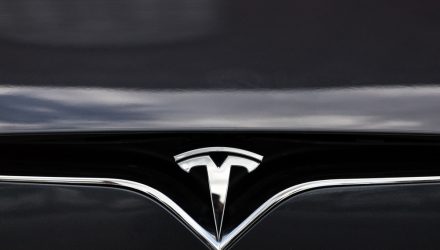 Hertz Helps Tesla and That Helps Some ETFs

Obviously, that’s Tesla-specific news, but the headlines helped a variety of exchange traded funds with large exposure to the electric vehicle behemoth, including the ARK Innovation ETF (NYSEArca: ARKK). ARKK, which allocates 10.24% of its weight to Tesla stock, gained 3.45% yesterday on above-average volume.

Florida-based Hertz, which also rents cars under the Dollar, Firefly, and Thrifty brands, is going big on electric vehicles, and that’s big for Tesla.

“Hertz will offer a premium and differentiated rental experience for the Tesla EVs. This includes digitized guidance to educate customers about the electric vehicle to get them on their way quickly, and coming soon, an expedited EV rental booking process through the Hertz mobile app,” according to a statement. “With the current order, EVs will comprise more than 20 percent of Hertz global fleet and is expected to be supported by a combination of Level 2 and DC fast charging in approximately 65 markets by the end of 2022 and more than 100 markets by the end of 2023. Hertz said these ambitions could be affected by factors outside of Hertz’s control, such as semiconductor chip shortages or other constraints.”

As the aforementioned Monday performances of ARKK and Tesla indicate, the Hertz news is meaningful. So meaningful, in fact, that Tesla briefly entered the “four comma club,” ascending to a market value of $1 trillion — territory occupied by only Apple (NASDAQ:AAPL), Microsoft (NASDAQ:MSFT), Alphabet (NASDAQ:GOOG), and Amazon (NASDAQ:AMZN). ARKK’s largest holding settled with a market value of $987.28 billion yesterday.

The Hertz deal is acknowledgment that drivers want access to electric vehicles, even when they’re just renting a car.

“Today, 40 percent of U.S. consumers say they are likely to consider an electric vehicle the next time they are in the market for a new vehicle, according to Pew. Global EV sales skyrocketed 200 percent in the last year and will likely continue to grow with commitments from global automakers to increase EV sales. For example, in August, three U.S. automakers pledged to boost EV sales to 40-50 percent by 2030,” adds Hertz.

As for Tesla making good on the Hertz order, which is of course important to ARKK investors, the company has the capability. It’s expected to deliver more than 900,000 vehicles this year and 1.4 million next year as new factories ramp up.