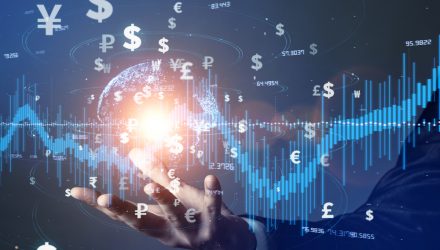 Fintech Could Be Long-Term Factor for This ETF

Among developed markets that are not the U.S. or Japan, Israel has one of the deepest technology sectors. As such, it’s not surprising that the country is a prime destination for venture capitalists.

Going a step further, venture investors are allocating billions of dollars to Israeli fintech firms, and that could have longer-ranging implications for the ARK Israel Innovative Technology ETF (Cboe: IZRL). IZRL is one of several dedicated Israel exchange traded funds trading in the U.S., and it significantly overweights tech stocks relative to the MSCI Israel Index.

“Israel’s fintech (financial tech) sector saw a significant funding boom in 2021, with investments in fintech startups and companies reaching $4.5 billion over the course of the year, according to a report published this week by Israeli investment firm Viola Group. That figure marked a 136% increase from 2020, which saw $1.9 billion in funding, according to the study,” reports Ricky Ben-David for The Times of Israel.

IZRL, which tracks the ARK Israeli Innovation Index, keeps with the ARK Investment Management tradition of focusing on disruption — an objective that isn’t hindered by the fund’s status as a passively managed product.

Components in IZRL’s underlying index must reside in one of the following industries “(i) health technology, (ii) communications, (iii) technology services, (iv) electronic technology, (v) consumer services, or (vi) producer manufacturing,” according to the index provider.

With that in mind, IZRL could be levered to Israel’s “startup nation” status. On that note, it’s worth acknowledging that many Israeli startups, including some in the fintech and insurtech spaces, are unicorns — privately held firms with valuations of at least $1 billion. As more of those companies go public, it’s possible that some eventually find their way onto the IZRL roster.

“In the public markets space, 23% of all IPOs or SPAC mergers for Israeli companies in 2020 and 2021 combined were fintech companies. These include Payoneer, a developer of payment processing technologies, Riskified, a fraud prevention for e-commerce firm that went public on the New York Stock Exchange last summer, and insurtech companies Hippo and Lemonade,” according to The Times of Israel.

Riskified is a member of the IZRL roster. Overall, 121 Israeli companies went public last year, and IZRL is home to several of those firms beyond Riskified.