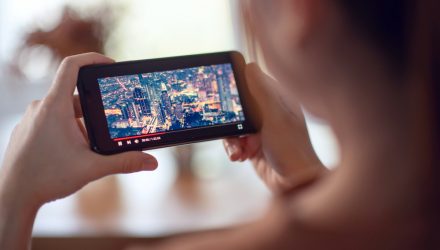 Dreaming of Streaming? Invest in it With This ETF

Investors looking to play the streaming boom via ETFs may want to consider the ARK Web x.0 ETF (NYSEArca: ARKW), an actively managed fund that by virtue of that active management can more adequately capitalize on streaming than some rival passive ETFs.

Netflix and Chill With ARKW

What makes ARKW a more compelling option than passively managed funds is that with the benefit of active management, the fund goes beyond prosaic fares, such as Alphabet, Amazon, and Facebook. For example, Tesla is ARKW’s top holding, and the fund features exposure to the likes of Square and Roku, stocks not often found for size in traditional internet ETFs. Roku is another streaming name as the leader in the OTT space.

“We believe Netflix understands the difference between active and passive viewing better than any other content company,” said ARK analyst Nicholas Grous in a recent note. “Except for its transition from DVD rentals to on-demand video streaming, we believe the most ambitious and important strategic move Netflix has made was into original content.”

“More important than the quantity of content streamed is the ability to match them with viewers,” said Grous. “Again, no other service appears to compare to Netflix in concentrating viewership with the right shows.”