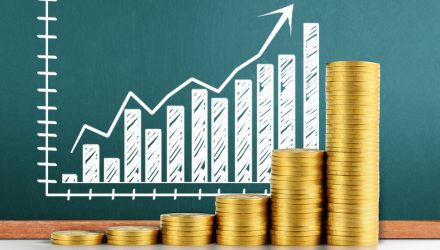 Disruptive Growth Stock Carnage May Be Near Its End

Broadly speaking, growth stocks, particularly those with the disruptive label, are sagging in the first quarter. However, some market observers believe that the darkest clouds for innovative growth stocks are passing and the recent slide in the group could be a buying opportunity.

Should that outlook prove accurate, it’d benefit a variety of exchange trade funds, including the ARK Innovation ETF (ARKK). ARKK Investment Management’s flagship ETF rallied on Wednesday and Thursday, bringing is gain over the past week to nearly 6%. That’s only a two-day stretch, so time will tell if the run continues, but that could be the start of something more positive for the widely followed ETF.

“Markets may anticipate these turning points sooner, and we think it is time to start adding risk in many areas that overshot on the downside year-to-date,” wrote JPMorgan’s Marko Kolanovic in a Thursday note to clients.

Home to nearly $13 billion in assets under management, the actively managed ARKK holds 35 stocks hailing from a slew of disruptive industries, including electric vehicles, fintech, genomics, and streaming entertainment, among others.

Previously hot stocks that soared in the early days of the coronavirus pandemic and over the course of 2020, including some ARKK components, became known as “pandemic plays,” but some of those names later cratered as the pandemic progressed. However, the harsh repudiation of some ARKK holdings on that basis may be too much because plenty of those companies were also notching rapid growth prior to COVID-19.

Kolanovic’s call could be worth paying attention to because last year he predicted erosion in growth stocks, commodities prices soaring, and geopolitical controversies. All of those calls are playing out in 2022.

“It is our assessment that these forecasts have now nearly fully materialized. While the commodity supercycle will persist, in our view, the correction in bubble sectors is now likely finished, and geopolitical risk will likely start abating in a few weeks’ time (while a comprehensive resolution may take a few months),” Kolanovic said.

While ARKK holdings shouldn’t be confused with value stocks, some market observers, including Kolanovic, previously argued that there is some value to be had in the disruptive growth universe.

“From the time when we called the bubble, these segments are down 60-80%, which we think is the end of the correction and in some areas represents a liquidity -driven overshoot. In fact, many of these market segments trade at all-time valuation lows (including previous recessions and periods of much higher interest rates),” concluded the JPMorgan strategist.