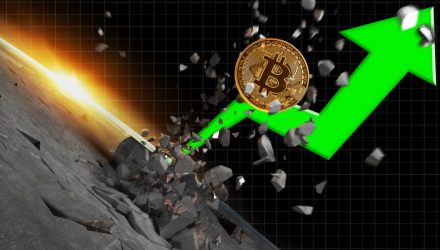 U.S.-based cryptocurrency exchange Kraken conducted a user poll, which revealed that traders are expecting Bitcoin to break new highs before 2021. The poll received 400 responses, which erred mostly on the side of bullishness.

Out of the respondents, a mix of mostly cryptocurrency investors and traders, the average Bitcoin price target came in at $22,866. The respondents were also comprised of 84% who managed less than $10 million in capital, 11% managed between $10 million and $50 million, and 6% divided evenly between traders who managed between $50 million to $100 million and traders with more than $100 million.

“The overall market sentiment is slightly bullish, with 44% of participants stating that the cryptocurrency markets are in a bull market, while 22% believe we are in a bear trend and 34% stating they are unsure,” a CoinTelegraph report noted.

“There was little consensus among traders as to what will accelerate crypto’s growth over the next 12 months, with the top answer comprising “adoption” with 19%,” the report added. “Bitcoin’s upcoming halving came second with 15%, followed by political “conflict” with 11%, “fear of missing out” with 11%, and economic “crisis” with 9%.”

On the topic of adoption, the federal government recently floated the idea of a digital dollar in the $2 trillion stimulus bill passed by Congress to blunt the economic effects of the coronavirus. According to the actual bill introduced, the digital cash option would represent “a balance expressed as a dollar value consisting of digital ledger entries that are recorded as liabilities in the accounts of any Federal [R]eserve bank; or an electronic unit of value, redeemable by an eligible financial institution (as determined by the Board of Governors of the Federal Reserve System).”

“Member banks with total consolidated assets in excess of $10,000,000,000 shall promptly offer individuals the ability to apply, through online or telephonic means, for a pass-through digital dollar wallets,” the text states.

Respondents also cited the “halving” event to support crypto bulls’ assertion of higher prices in the future. The idea is that less incentives for Bitcoin miners will introduce scarcity to the leading cryptocurrency, which in turn, will drive up prices.

In essence, the halving event could be the digital currency’s form of a stimulus package. However, there’s no guarantee that this can catapult Bitcoin to higher levels, but nonetheless, it gives the bulls some hope.

“There are certainly some events that could help to drive the cryptocurrency’s price higher in the future, such as the “halving,” which will cut Bitcoin’s mining rewards in half and reduce its pace of new coin creation,” Joe Tenebruso wrote in Motley Fool. “But prices could also continue to fall, so there are plenty of risks to consider if you choose to buy today.”