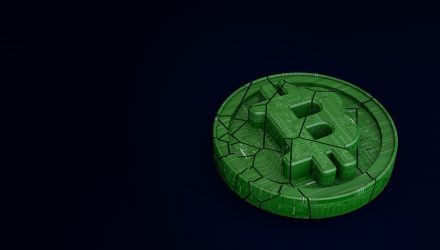 Bitcoin has been on a recent run in 2020 thanks to a confluence of events, including the coronavirus that sparked a flight to alternative assets like cryptocurrencies. In addition the coronavirus, Bitcoin could soar to new heights in 2020–at least that’s what bullish traders are hoping for.

One event that could trigger gains is the so-called “halving event” slated for mid-May.

“The halving — or sometimes referred to as the halvening, in a nod to the fantasy film and TV franchise ‘Highlander’ — is due on or around May 18 and is the process in which the reward Bitcoin miners receive for creating fresh Bitcoins will be cut in half,” wrote Eddie van der Walt in Bloomberg. “That’s by design and has happened twice before. In 2012, when the block reward went from 50 to 25 bitcoins, prices rose nearly 8,200% in a year. The gain in the 18 months after the second halvening in 2016 was more than 2,200%.” 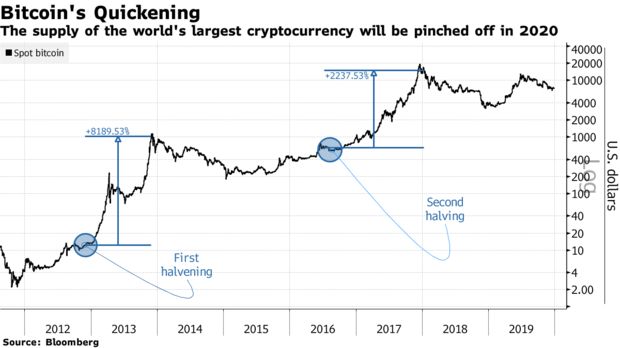 The coronavirus is certainly making investors watch global market movements and as such, a scramble to safe haven assets ensued. Along with rising bond and gold prices, investors are also seeking refuge in cryptocurrencies.

Bitcoin climbed past the $10,000 in early February as the number of coronavirus cases reached a peak. As less cases are being reported out of China, Bitcoin’s price has fallen recently below $10,000.

Famed Bitcoin trader “Dave the Wave” accurately predicted a bottoming out of the cryptocurrency around the mid-$6,000 range in 2019, which could pave the way for buying before an eventual surge.

For those getting stuck or confused on the shorter term call, here’s my view going forward. If you’re a holder/ investor, ignore the short term calls and focus on the medium/ long term.

Main point being, a consolidation to the buy zone would set BTC up nicely for its run. pic.twitter.com/AC2gv5VrGI

Bitcoin recently got a vote of confidence from American broadcaster and film maker Max Keiser. When Bitcoin was trading at a price below $1, Keiser was one of its biggest proponents, predicting that the cryptocurrency would reach $100,000.

“I am officially raising my target for Bitcoin — and I first made this prediction when it was $1, I said this could go to $100,000 — I’m raising my official target for the first time in eight years, I’m raising it to $400,000,” Keiser said via a Cointelegraph report.