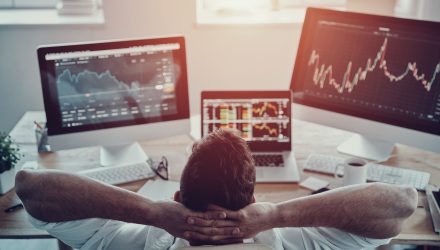 Can These Five Companies Continue To Drive The S&P 500?

With markets testing all-time highs once again on Wednesday, analysts are concerned that a certain set of stocks may have become too dominant in the overall mix.

The top five U.S. companies — Apple, Microsoft, Alphabet, Amazon and Facebook — now compose 18% of the total market capitalization of the S&P 500, which according to Morgan Stanley, is the highest percentage in history.

“A ratio like this is unprecedented, including during the tech bubble,” Mike Wilson, the bank’s head of U.S. equity strategy, said in a note on Sunday. “Capital concentration is following corporate inequality like never before.”

While these five behemoths, several of which are part of the FAANG group, have become key contributors to what has become an epic bull market, a number of Wall Street strategists are troubled by the broadening dominance of big tech, admonishing investors of a potential pullback in the stocks in the future.

For example, Apple alone recently increased it’s representation in the S&P 500 by more than 4%, a feat that has resulted in substantial declines shortly after according to Leuthold Group analyst Phil Segner

Segner noted during the previous five times when Apple topped the 4% threshold, the stock under-performed the S&P 500 by almost 9% on average during the subsequent year.

“With history as a guide, its most recent climb into the 4% Club looks like another selling opportunity,” Segner said in a note.

Just two of the five stocks, Apple and Microsoft, which rocketed 86% and 55% higher respectively in 2019, collectively accounted for nearly 15% of the S&P 500′s advance in 2019. No other single stock even approached to their contribution to the famed index.

2020 seems to be following a similar trend so far, with the 50 largest stocks in the S&P 500 up the greatest amount so far this year with an average gain of 1.22%, according to Bespoke Investment Group.

“The larger, the better so far in 2020,” Paul Hickey, Bespoke’s co-founder, said in a note on Friday. “Market cap has seemingly been the most important factor in terms of performance so far this year.”