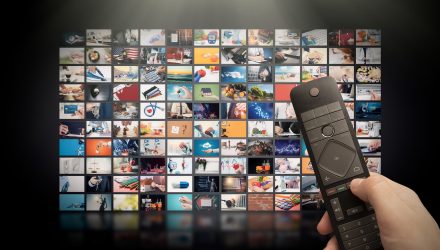 Amid heated competition from online streaming companies, Netflix reported fourth-quarter results today after market close, offering investors their first peak at the company’s performance since the launch of Disney+ and Apple TV+.

Here were the main results from the report, compared to consensus expectations from Bloomberg:

Investors have been troubled lately by how Netflix users would react to the November launch of Disney+, which is priced lower than Netflix and appears to have made a strong start, according to data. There is also the question as to the number of streaming services that users will be willing to pay for at one time, given new releases from competitors, which like Apple, which charges $4.99 for a fairly small library of shows, may be lower priced.

While competition has become a concern for many Wall Street experts, Marc Randolph, co-founder and first CEO of Netflix, told Yahoo Finance Friday that he feels Netflix has been, and will continue to be robust in the face of competition.

“I quite frankly don’t think Netflix feels threatened by any of these entries. I think they still continue to see their competition not Disney, not HBO Max, not Peacock, but they see their competition as other forms of television consumption,” Randolph said. HBO Max and NBCUniversal’s Peacock are each slated to launch later in 2020.

“I mean still more than half of TV now is consumed linearly, and all these companies will benefit from expanding into that category,” Randolph said. “I don’t think they feel they need to respond to these small new entries coming in. It’ll be a long while before that becomes any kind of a threat.”

Netflix investors should note though, that the company is changing the way it reports regional “memberships” going forward: It will segment its numbers based on Asia Pacific; Europe, the Middle East & Africa; Latin America; and the U.S. and Canada. The company will only give its subscriber forecast on a global basis.

Wall Street analysts are mainly in consensus that the eventual shift to streaming from traditional linear cable television will produce a number of winners, leaving the table open for more than just a Netflix or Disney.

Fourth-quarter results give Netflix its “first chance to climb the wall of worry and show strong growth alongside DIS+,” JPMorgan analyst Doug Anmuth said in a note. Eventually, though, Anmuth said he expects the narrative will begin to shift away “from NFLX vs. DIS+ to more streaming options accelerating the shift away from linear TV, which ultimately benefits NFLX.”