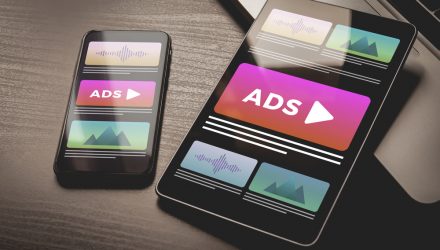 Thanks to the internet’s evolution, digital advertising has long been a staple for companies from a variety of industries and the ad agencies representing those firms, but there are compelling investment implications on this front, too.

Among the various exchange traded funds with internet exposure, the ARK Next Generation Internet ETF (NYSEArca: ARKW) has the goods when it comes to helping investors access promising trends in digital advertising. Indeed, those trends are encouraging, particularly for investors planning to make ARKW a long-term holding.

While those forecasts appear ambitious, a case can also be made that prior outlooks on digital advertising underestimated its potency and related expenditures, indicating that ARKW could potentially offer investors pleasant surprises.

There are at least a couple of important tailwinds to consider with ARKW regarding digital advertising. First, companies didn’t really start spending aggressively on digital ads until about 15 years ago, indicating that this trend is still young relative to other advertising venues.

“Although time spent online increased by roughly 60% during the pandemic in 2020, digital advertising grew only 11%, resulting in a sharp drop in its monetization per hour to roughly $0.04, as shown above. Now that the impact of the crisis is diminishing, however, we are confident that the migration of advertising dollars online will accelerate, catching up with the increased time spent online,” notes Grous.

Bolstering the long-term case for ARKW’s ties to digital ad spending is the fact that this spending is expected to arrive in disruptive venues, such as augmented reality and streaming entertainment, among others.