You are at:Home»Disruptive Technology Channel»A Big Week Ahead for Technology ETFs 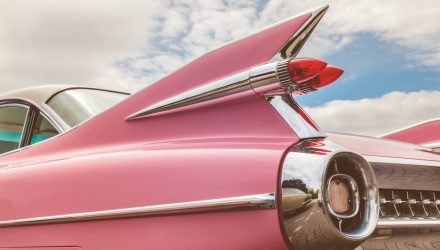 A Big Week Ahead for Technology ETFs

Technology sector ETFs are in for a big week ahead as tech stock “Cadillacs” are up to bat.

Daniel Morgan, portfolio manager at Synovus Trust, called the group as the “Cadillacs” of the technology sector and argued they should continue to bolster the S&P 500, Reuters reports.

“They’re still going to be the show-business highlight stocks that everybody focuses on, and I expect them to do well,” Morgan told Reuters.

Analysts anticipate these tech names to report faster revenue growth than the broader S&P 500 for the last quarter and even faster earnings growth in some.

However, given the recent price outperformance in the technology sector, market observers argue that these tech giants will need to provide outsized results in quarterly numbers and positive forecasts to justify continued outperformance.

“We do believe there could be downside for the stocks if they do not over-deliver on earnings and narrative,” John Augustine, chief investment officer at Huntington National Bank, told Reuters. “To push the stocks higher from here, both earnings and guidance need to beat expectations.”

Apple will report on January 28. Facebook and Microsoft will release results on January 29. On January 30, Amazon is up. lastly, Google’s parent Alphabet will announce results on February 3.