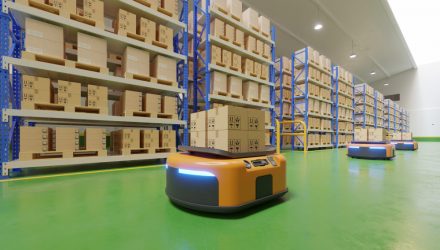 Companies in essentially every industry are turning to enhanced automation techniques and industrial robots for two simple reasons: to boost efficiencies and increase profitability.

The ARK Autonomous Technology & Robotics ETF (CBOE: ARKQ) is one of the exchange traded funds at the epicenter of that shift. While ARKQ addresses new, disruptive concepts, the idea of automation altering industries has been around for some time. For example, the evolution of farm trackers long ago made farming more efficient and profitable.

Making ARKQ appealing for socially-conscious investors concerned about automation’s impact on labor is the fact that increasing automation could actually facilitate wage growth.

“Specifically, while automation might lower labor’s share of the pie, it tends to boost not only operating margins but also wage growth,” notes ARK analyst Sam Korus. 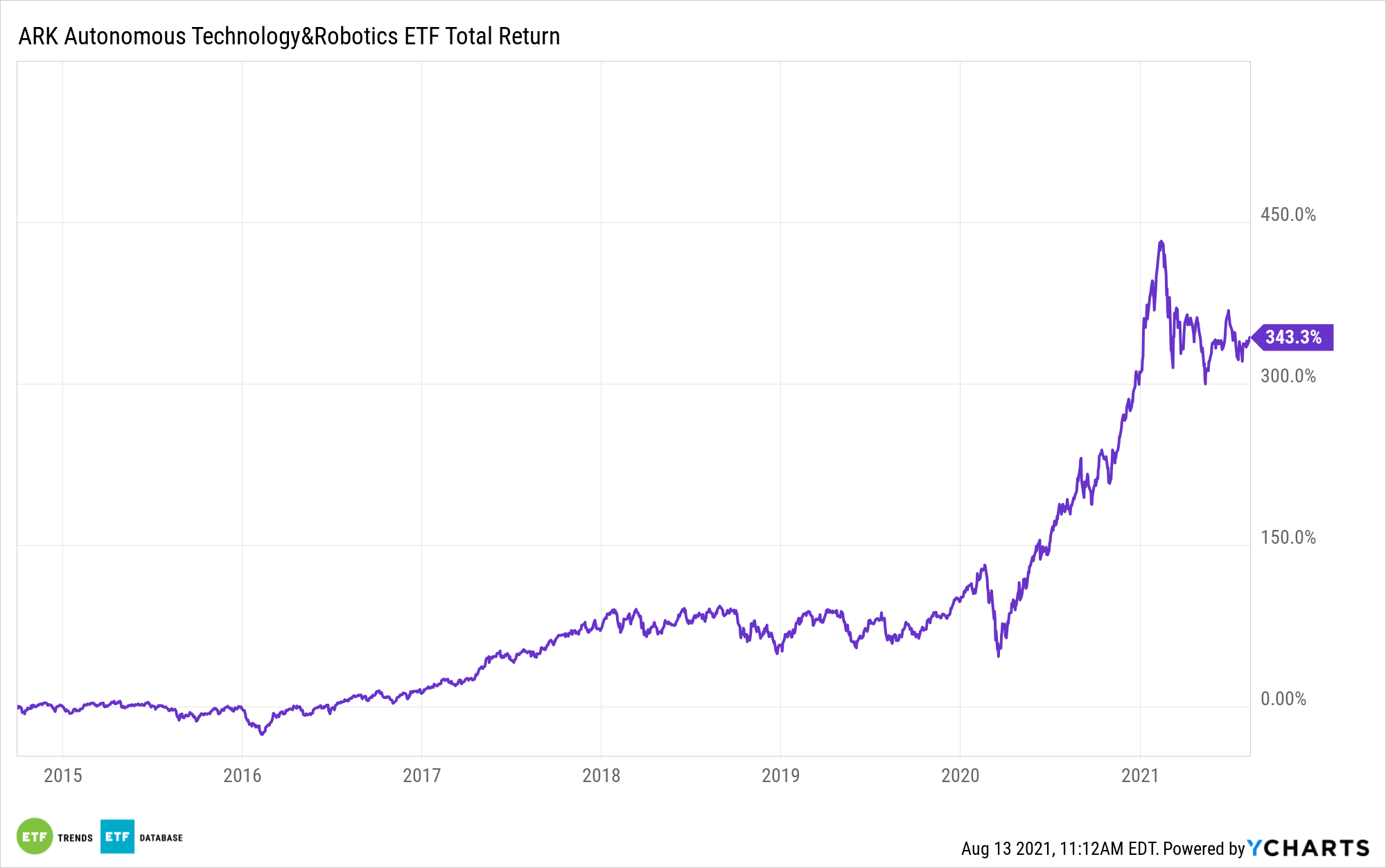 A Long Runway for Growth

Investors are hearing more about industrial robots being used in venues such as Amazon warehouses or on automobile assembly lines, among others, but the fact is that this segment is barely scratching the surface of potential growth.

“During the early 1990s, with only 20 industrial robots per 10,000 employees, automation began to impact US manufacturing. Since then, robot density has increased more than tenfold, and yet its impact on agriculture suggests that the automation of manufacturing still is in early days,” adds Korus.

Due to its status as an actively managed fund, ARKQ is arguably better equipped to capitalize on automation trends and the proliferation of robots because it’s not constrained at the sector level as are so many index-based strategies.

At the end of the second quarter, ARKQ allocated 28.6% of its weight to technology stocks – a predictable allocation for a fund of this stripe. However, a 27.3% weight to consumer discretionary names is one example of the fund’s flexibility.

One thing many ARKQ member firms are already doing is driving labor as percentage of revenue lower, in turn lifting operating margins, a trend that could prove sticky over time.

“Decoupling physical labor from output has been a hallmark of technological innovation. Were it not for horses and tractors, a large percent of the US population still would be working on farms,” concludes Korus. “Instead, the history of agriculture suggests that automation will push labor’s share of manufacturing revenue down to unprecedented levels while productivity boosts the income of those still on the ranch.”