You are at:Home»Disruptive Technology Channel»The Automation Jobs Dilemma Is Not as Severe as Many Believe 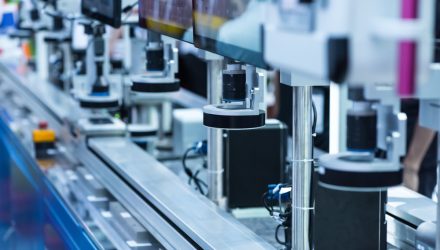 The Automation Jobs Dilemma Is Not as Severe as Many Believe

However, while the long-term growth prospects for AI and automation are undeniable  positives for ARKQ, some investors prioritizing economic equality and sustainability may be pondering the impact automation will have on the labor force.

It’s a reasonable concern. After all, automation is alluring to companies because it increases efficiency, and rising efficiency and company headcount are often viewed as competing propositions. But as ARK analyst Sam Korus points out, automation doesn’t have to be a jobs destroyer. In fact, it could ultimately prove to be a creator of better jobs.

Korus points to agriculture’s switch from mules to tractors in the mid-1940s, noting it made producing cotton (as just one example) far more efficient, but didn’t create rampant unemployment.

“Farm automation created more valuable jobs and higher wages. Thanks to tractors, real farm wages increased more than 76% from the 1940s to the early 1970s,” writes the ARK analyst.

Indeed, the $3.33 billion ARKQ provides investors with ample exposure to the automation theme and a diverse lineup with which to capitalize on related trends. Several of the fund’s top holdings, including Tesla (NASDAQ: TSLA), China’s JD.com (NASDAQ: JD), and Google parent Alphabet (NASDAQ: GOOG) are players on the global autonomous stage.

ARKQ’s positions in Tesla, Alphabet, and others lever the fund to increasing automation trends in transportation, one of the most viable markets for robotics to be a force in. As autonomous transportation advances, companies are likely to embrace that technology, leaving investors to ponder the fate of their local DoorDash and Uber drivers.

However, as Korus points out, autonomous taxi networks could be jobs creators because while the cars themselves won’t feature drivers as we’re accustomed to today, the networks will still need a human touch.

“In their early days, ARK estimates that the number of remote operators necessary to scale autonomous taxi networks would be triple the number of professional drivers employed today, roughly 3 million, all of whom would commercialize the trillions of dollars now categorized as non-market activity,” said the ARK analyst.