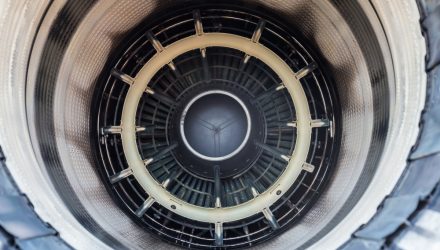 As Military Budgets Go up, so Do Aerospace and Defense Stocks

Russia’s invasion of Ukraine has led to the prospect of military spending going up, which in turn has led stocks in the aerospace and defense sector to rally. European countries have been building up their military capabilities and increasing their defense spending in response to the Russia-Ukraine war. Also fueling defense stocks are countries promising to offer more rigorous ground-to-air missiles for Ukrainian forces to fend off Russia.

As a result, investors are looking towards ETFs that track the aerospace and defense industry, including the ARK Space Exploration ETF (ARKX).

Launched last March, ARKX is an actively managed ETF that looks for exposure to such sectors as orbital and sub-orbital aerospace, defense, electrical engineering, machinery, and professional services.

A report from MarketWatch names KTOS as one of 10 aerospace and defense stocks with majority “buy” or equivalent ratings that analysts expect to rise the most over the next year.