You are at:Home»Disruptive Technology Channel»ARK Is a Big Fan of This New Chinese Tech Stock 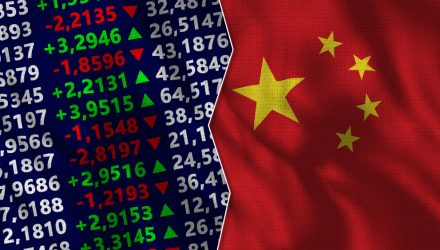 ARK Is a Big Fan of This New Chinese Tech Stock

Kanzhun Ltd. (NASDAQ: BZ), also known as BOSS Zhipin, has been a public company for only three weeks. Yet it already has a fan in one of the most widely followed growth investors in the United States.

Since the Chinese company debuted on the Nasdaq on June 11, Cathie Wood’s ARK Investment Management has been a devoted buyer of the shares, adding the stock to the ARK Autonomous Technology & Robotics ETF (CBOE: ARKQ) and the ARK Next Generation ETF (NYSEArca: ARKW).

“Wood purchased 985,579 shares of Kanzhun in the ARK Next Generation Internet ETF and ARK Autonomous Technology and Robotics ETF over the last two weeks, including additions to the stake each day this week,” reports Maggie Fitzgerald for CNBC. “Her position, which she first purchased on June 21, is now worth about $38 million, based on where the stock was trading Thursday.”

It’s not unusual for ARK to add initial public offerings (IPOs) to its lineup of actively managed exchange traded funds. For example, Wood’s firm was quick to embrace cryptocurrency exchange operator Coinbase (NASDAQ: CB) following its IPO earlier this year. Today, New York-based ARK is one of the largest institutional owners of that stock.

Kanzhun is one of the leading online recruitment platforms in China, meaning it has considerable growth opportunities stemming from its footprint in the world’s second-largest economy. The firm is backed by Tencent, China’s largest internet company.

“As of March 31, 2021, it had 85.8MM verified job seekers and 13.0MM verified enterprise users, generating an MAU of 30.6MM in March 2021. Benefiting from its large and diverse user base, BOSS Zhipin has developed powerful network effects to deliver higher recruitment efficiency and drive rapid expansion,” according to the online job platform.

Kanzhun is one of several international companies on ARKW’s roster, a group that includes some other Chinese stocks, such as JD.com (NASDAQ: JD) and Tencent.

Shares of the Chinese job platform nearly doubled on the first day of trading after being priced between $17 and $19. With a market capitalization of $14.34 billion as of July 1, there’s ample room for growth for Kanzhun, particularly as the Chinese economy continues expanding, adding more white collar jobs in the process.