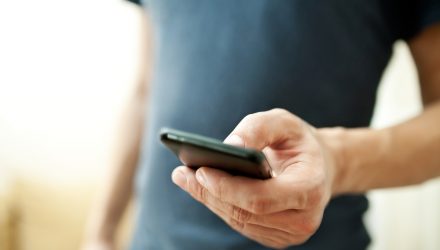 The buy now, pay later arms race is heating up, and perhaps no exchange traded fund is as levered to that trend as is the ARK Fintech Innovation ETF (NYSEARCA: ARKF).

“The acquisition will expand PayPal’s capabilities, distribution and relevance in the domestic payments market in Japan, the third largest ecommerce market in the world, complementing the company’s existing cross-border ecommerce business in the country,” according to a statement issued by PayPal.

While the buy now, pay later consolidation spree is still in its early innings, the move by PayPal signals that it’s going to be player in this arena. Additionally, the move by ARKF’s sixth-largest holding provides the company with an increased footprint in Japan, the world’s third-largest economy.

While $2.7 billion isn’t massive in takeover terms, particularly for PayPal with a market capitalization of $331 billion, ARKF investors shouldn’t dismiss the potential of the Paidy acquisition. In fact, Japan is potentially fertile fintech territory because it’s still a cash-heavy society.

“Paidy’s payment services allow Japanese shoppers to make purchases online, and then pay for them each month in a consolidated bill at a convenience store or via bank transfer,” according to the statement. “The company uses proprietary technology to score creditworthiness, underwrite transactions and guarantee payment to merchants.”

PayPal’s announcement of the Paidy acquisition arrives barely more than a month after Square (NYSE:SQ) said that it is acquiring Afterpay for nearly $30 billion. Afterpay is an Australian buy now, pay later. Square is ARKF’s largest holding at a weight of more than 10%.

Owing to obvious synergies with e-commerce and wide appeal among younger consumers, it’s reasonable to expect that buy now, pay later consolidation will continue and that more ARKF components could make waves in the area.

“The buy now, pay later sector—especially popular with younger consumers—has flourished in the last year, accelerated by the Covid-19 pandemic and its associated boom in e-commerce,” according to Barron’s.

The $4 billion ARKF, which turns five years old in February, is an actively managed fund, meaning that ARK Invest managers can potentially add more exposure to the buy now, pay later theme as they see fit.