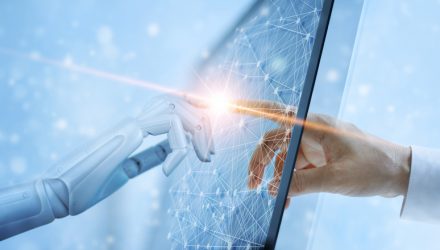 An Awesome Avenue For Autonomous Technology

If you feel as though you’re hearing more and more about automation, robotics and related technologies from an investment perspective, you’re not alone. And if you’re among those that feel daunted by this new, disruptive asset class, the ARK Autonomous Technology & Robotics ETF (NYSEARCA: ARKQ) makes automation and robotics investing approachable and enjoyable.

Investors can capture growth through quick advancements in technological developments. In an attempt to hone in on the potential opportunities, one should consider the criteria used to identify a disruptive innovation and look to an ETF strategy that adapts to the changes.

“Scores of academic studies and industry-level data point suggest the world is becoming increasingly automated and that robotics applications are developing at a fevered pitch,” according to Nasdaq.

“Based on Wright’s Law, ARK estimates a more rapid cost decline in industrial robot prices during the next five years compared to a forecast by the Boston Consulting Group (BCG),” said ARK Invest, ARKQ’s issuer in a recent note.

Currently, industrial robots represent a small slice, by some estimates just 1%, of overall industrial spending, implying a significant runway for growth in the years ahead.

“While they flattened in 2019 in response to the US-China trade conflict and a slowdown in the global auto industry, ARK expects robot sales to quadruple during the next five years, from roughly 420,000 in 2018 to 1.6 million in 2024,” according to the investment manager.

Among the areas where will robotics will bring significant disruption along with increased efficiencies in logistics, potentially providing a long runway for ARKQ upside due to the booming e-commerce market.

“Since deploying its first robot in 2012, Amazon has ramped them to roughly 200,000 units in its fulfillment centers while increasing total employment 7x. Based on their superior economics, robots are likely to dominate the food delivery space as well,” notes ARK.