You are at:Home»Disruptive Technology Channel»After Branson’s Historic Flight, What’s Next for Space Investing? 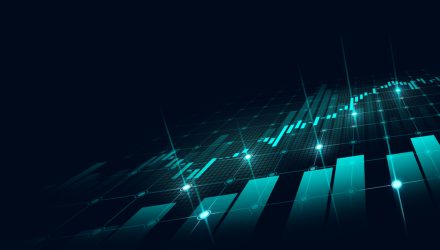 After Branson’s Historic Flight, What’s Next for Space Investing?

Space travel is generating plenty of buzz these days as Virgin Galactic (SPCE) founder Richard Branson recently traveled to the edge of space. He was followed soon after by Amazon (AMZN) founder Jeff Bezos.

Critics may look at these events and claim it’s no more than billionaires flaunting their wealth. However, enhanced space exploration and travel, particularly via the private sector, carries with it an array of potentially compelling investment implications that investors can access via exchange traded funds like the ARK Space Exploration and Innovation ETF (ARKX).

ARKX, the newest member of the ARK suite of exchange traded funds, debuted in March and could prove viable for patient investors because space travel alone could be a $4 billion industry by 2030. Meanwhile. the broader space market could be worth as much as $900 billion.

“Space tourism remains a relatively small, but highly visible subset of the larger space ecosystem. However, the roll-out of space tourism and the resulting revenues are aiding the development of the space ecosystem and the democratisation of space,” reports Hannah Miao for CNBC, citing a UBS research note.

Currently, Virgin Galactic is the only pure-play space stock on the market. Owing to that smaller universe, ARKX’s status as an actively managed ETF is beneficial to investors because ARK’s management team can reach into other industries that have credible space exposure and some others where markets may not yet be appreciating related space credibility.

“There is a greater amount of private capital and investor interest in the space ecosystem with a number of space-related businesses and new forms of aviation companies coming or planning to come to the market, as well as private investment vehicles and private funding rounds,” said UBS.

However, the bank sees that changing over time. For now, UBS is bullish on domestic aerospace and defense giants Boeing (BA), Lockheed Martin (LMT), and Northrop Grumman (NOC). Lockheed Martin and Boeing combine for over 7% of ARKX’s weight.