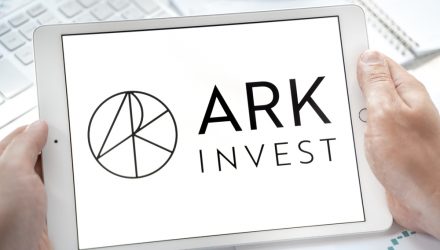 Markets celebrated a soft CPI print Thursday with the biggest rally in two years as the Dow jumped 1,200 points and the S&P 500 grew 5%. The good news extended to the ARK Innovation ETF (ARKK) which at press time had surged more than 10% on Thursday, with CEO Cathie Wood having made three contrarian picks earlier this week for investors to consider in the burgeoning strategy.

ARKK bought 27,594 shares of Tesla (TSLA) Wednesday as the stock has dropped 14.3% over the last five days, with CEO Elon Musk selling $4 billion worth of shares as part of his ongoing effort to make new acquisition Twitter (TWTR) profitable. While TSLA benefitted from Thursday’s strong rally, rising 7.4%, the situation at TWTR shows no sign of improving, boding poorly for TSLA in turn should Musk’s attentions continue to be divided.

The ETF also added Coinbase (COIN) despite the serious challenges facing the crypto industry following news that crypto platform FTX failed to secure liquidity from a purchase by rival exchange Binance. FTX CEO Sam Bankman-Fried tweeted, and then deleted, a statement saying the firm’s “assets are fine” on Wednesday, as well.

COIN, an important part of the digital assets ecosystem, then cut 60 jobs in the latest indication that the crypto space is in the midst of a difficult winter. ARKK currently holds 3.64% of its assets in COIN, with an 8.4% weight towards TSLA.

While ARKK has had a rollercoaster year, it still has welcomed in $1 billion in net inflows and performed well over the long term, reaching $6.9 billion in AUM. ARKK charges 75 basis points for those investors who are looking for contrarian picks in a rebounding stock market.