You are at:Home»Featured»Dismal Earnings Numbers Drag Down Retail ETFs 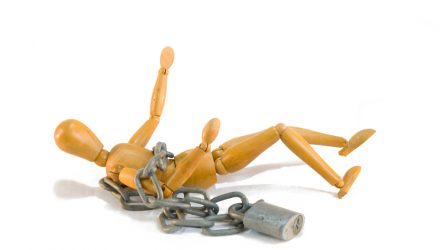 Stocks and retail ETFs were stymied by appalling retail sales numbers on Wednesday as poor economic data and anemic bank earnings renewed fears that of the coronavirus’s impact on the U.S. economy.

Consumer and manufacturing reports for March showed the damage to the economy from the coronavirus pandemic was even more catastrophic in the early weeks of the shutdown than first anticipated.

March retail sales fell 8.7%, the worst decline in government data since the department began tracking the series in 1992. Meanwhile, New York regional manufacturing activity reached a trough as well, falling an eye-watering 78.2%. Industrial production also dropped  5.4% and manufacturing fell 6.3%, which was largely hammered by the 28% decline in auto production as plants closed.

“The economy is clearly in ruins here,” said Chris Rupkey, Chief Financial Economist at MUFG Union Bank. “Nobody is buying cars, down 25.6%, nobody is buying furniture, down 26.8%, and eating and drinking places were down 26.5%.”

The SPDR S&P Retail ETF (XRT), which contains retail names such as Rite Aid Corp, Amazon, and Chewy among others, lost almost 4% amid the news. The Consumer Discretionary Select Sector SPDR Fund (XLY) fared slightly better, down 2% on Wednesday, while the Vanguard Consumer Discretionary ETF (VCR) was off by 1.5%.

The financial sector suffered as well as lackluster earnings hurt banks. Bank of America traded more than 5% lower after disappointing earnings, and Citigroup tumbled more than 4%.

“If this is a precursor to what we can expect throughout the U.S. … there’s no word for it,” said Quincy Krosby, chief market strategist at Prudential Financial. “This reflects the complete shutdown of the economy.”

“The question is how quickly can the economy come back,” said Krosby, noting the market did gallop higher in recent weeks and was due for some consolidation.

Grocery stores, pharmacies and other retailers of essential goods saw a burst in demand last month amid the outbreak, the government said. But with consumers sheltering in place or quarantined in most states, gas stations, auto dealerships, and restaurants suffered as state governments closed commerce in an effort to stem the spread of the virus.