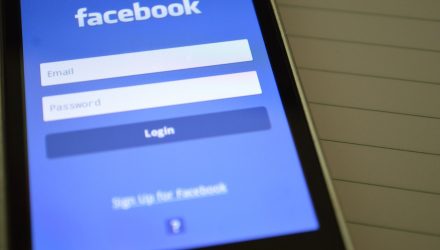 Amid the ongoing Facebook drama, shares of Facebook Inc. (NASDAQ: FB) took a nosedive after the social media giant came under siege for data-sharing. The company remains under fire for its connection with Cambridge Analytica, a data mining company, that obtained information on more than 50 million of its users without permission.

Some ETFs with large exposure to Mark Zuckerberg’s company are weathering the storm. For example, investors are remaining dedicated to the Global X Social Media ETF (NASDAQ: SOCL).

SOCL “tracks a market-cap weighted index of social media companies. Facebook Inc. is its third largest holding, constituting 8.3 percent of the portfolio. The fund’s taken in almost $27 million in March, putting it on pace for its best month since September 2016,” reports Bloomberg.

Getting Social With SOCL

“SOCL fell 3.6 percent over the three sessions from last Friday to Tuesday, weighed down by Facebook as well as Snap Inc. and Twitter Inc. But the fund has regained nearly a third of that loss Wednesday, as social media stocks recovered,” according to Bloomberg.