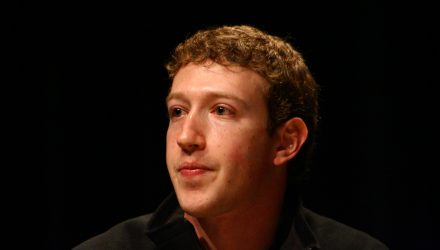 Edward Snowden weighed in on the Facebook scandal leaving many people wondering what is next for the company, how will it affect the market, and most importantly, if they should delete their Facebook profiles. Facebook remains under criticism for their connection with Cambridge Analytica, a data mining company, that obtained information on more than 50 million of its users without permission.

Snowden tweeted, “Businesses that make money by collecting and selling detailed records of private lives were once plainly described as “surveillance companies.” Their rebranding as “social media” is the most successful deception since the Department of War became the Department of Defense.” In response,  many are tweeting that they have deleted their Facebook profiles and that it takes only “five minutes.”

The majority of Tech ETFs are once again down in early trading Tuesday.

According to Investors, “The Nasdaq Composite rose 0.2%, while the S&P 500 notched an early 0.3% gain. Adobe Systems (ADBE) jumped to the head of the Nasdaq 100, while Facebook posted the index’s worst loss. Oracle (ORCL) dived more than 9% after its fiscal third-quarter report, the worst early loss among S&P 500 stocks.”

Facebook’s 10% fall Monday from their all time high Feb. 1  helped drag the Nasdaq to close only slightly above the line. Facebook fell 5.7% on Tuesday. A report from The Verge said that Facebook has scheduled a meeting for all employees Tuesday to let them ask questions about the Cambridge Analytica data privacy scandal.

Tuesday’s meeting is scheduled to last for just 30 minutes with a weekly  all-hands meeting on Friday, which CEO Mark Zuckerberg is expected to speak at. Zuckerberg has faced criticism  for remaining silent about the Cambridge Analytica scandal from employees and the public at large.

Here’s a look at the top 10 ETFs with the largest Facebook exposure. Data comes from Yahoo Finance at 12:30 p.m. Eastern time Tuesday.