You are at:Home»Webcasts»Defined Outcome ETFs Can Limit Consequences of Heightened Volatility 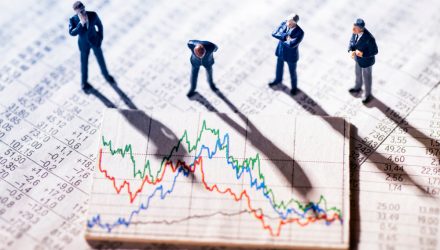 In the recent webcast, The Defined Outcome ETF Revolution, Bruce Bond, Co-Founder and CEO, Innovator ETFs; and Graham Day, Vice President of Product and Research, Innovator ETFs, commented on these times of uncertainty and provided alternative solutions to limit the negative effects of sudden spikes in volatility.

“The market ‘popped’ back up, making it seem, at least temporarily, that we were out of the woods and on our way to an upward trending market. We believe that we have not only experienced this in the past two months, but we would argue that there may be more of that in the coming months,” according to the strategists.

Specifically, Innovator pointed to ongoing risks, such as the upcoming presidential elections with economists now projecting a greater chance of a Joe Biden presidency and the potential uncertainty that would entail. Additionally, the so-called Great Lockdown has triggered the worst recession since the Great Depression, and it is not entirely certain when the economy will fully bounce back.

As a way to better diversify an investment portfolio, investors should consider the benefits of alternative strategies that incorporate an innate hedge to diminish downside risks but still maintain upside potential to capture market moves. Innovator ETFs has come out with a suite of Defined Outcome ETF strategies with a built-in buffer to help investors hedge against further swings ahead, depending on one’s level of risk aversion.

The Defined Outcome ETFs may also be a better alternative to traditional alternatives. Hedge funds are expensive, have spotty track records over the last market cycle, and come with high minimums. Shorting the market typically comes with high carry costs, limited upside exposure, and requires the ability to time the markets well. Additionally, the ability to access insurance and bank products typically is only available through agents or brokers. Alternatively, investors can look to Innovator’s Defined Outcome ETFs, which come with no credit risk, intra-day liquidity, no surrender fees, access on an exchange, no commissions, and lower fees.

Financial advisors who are interested in learning more about defined outcome strategies can watch the webcast here on demand.