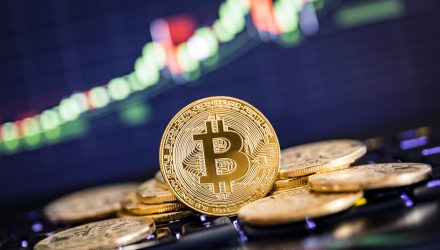 Cryptocurrencies Have a Place in a Diversified Investment Portfolio

As we examine bitcoin’s impact on a traditional investment portfolio, financial advisors should be considering an allocation to bitcoin right now.

In the recent webcast, Bitcoin and The Coronavirus Crisis: Does Crypto Still Belong In Client Portfolios?, Matt Hougan, Global Head of Research, Bitwise Asset Management, argued that while cryptocurrencies, like bitcoin, may exhibit extreme swings compared to traditional assets, investors have been heavily rewarded over time.

Hougan also highlighted the benefits of adding as little as 2.5% of bitcoin into a traditional 60/40, stock/bond investment portfolio. Specifically, he pointed out that from January 1, 2017, through December 31, 2019, a 2.5% bitcoin allocation added 15.9% to total return and boosted the Sharpe Ratio by 38%, improving a portfolio’s overall risk-adjusted returns.

“We knew bitcoin could deliver strong and uncorrelated returns during an equity bull market,” Hougan said. ” We suspected bitcoin could serve as a good hedge against inflation and potentially other risks. We believed institutional investors were ready to allocate to bitcoin in a serious way.”

However, we have not seen how bitcoin would react to a significant market crisis until now.
Several factors have affected price moves in the bitcoin market over the years. For example, bitcoin surged after a 2018 bear market that pushed investors toward riskier assets. However, the rally stalled as cryptocurrencies faced regulatory headwinds. At the start of 2020, we saw that bitcoin acted as a type of hedge against geopolitical risks, with increased institutional interest, in response to escalating tensions between the U.S. and Iran. Bitcoin prices, though, retreated as more investors liquidated assets and reduced risk in response to the coronavirus outbreak in February, and it has been slowly regaining ground since March. Aside from the super volatile period from March 9 to 16, bitcoin’s returns have been mostly uncorrelated with the broader market.

“We learned that bitcoin could survive and thrive during a severe macro market crisis and an equity bear market,” Hougan said. “We saw institutional investors embrace bitcoin as a geopolitical hedge asset. We were reminded that bitcoin is a risk asset and that all correlations spike towards one during a crisis. We experienced the limitations in bitcoin’s market infrastructure and saw the need for coordinated circuit breakers.”

Looking ahead, the profoundly deflationary environment during the recent market pullback and subsequent aggressive stimulus measures to bolster the economy could drive long-term inflation. The inflationary effect of aggressive stimulus has previously supported alternative assets like gold and could potentially fuel demand for alternatives like bitcoin ahead as investors seek to protect their purchasing power.

“We know that bitcoin is not going away,” Hougan added. ”We’ve seen that bitcoin isn’t just a risk asset, and it isn’t just a hedge asset – it’s both. We are still waiting to see if bitcoin offers a strong hedge against inflation. We believe that this is a unique moment as institutional interest and access, extraordinary monetary conditions, and broader secular trends align.”

Financial advisors who are interested in learning more about cryptocurrencies can watch the webcast here on demand.