You are at:Home»Crypto Channel»With Bitcoin Close to Highs, the Crypto ETF Debate Rages On 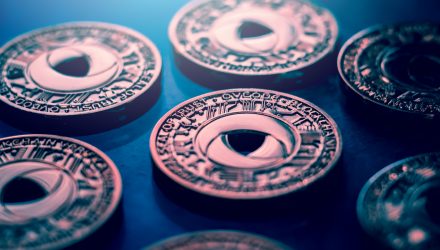 With Bitcoin Close to Highs, the Crypto ETF Debate Rages On

Cryptocurrency ETFs have been the topic of considerable debate in the United States for several years now, with the SEC continuing to claim that the crypto market is too volatile for a fund, lacks sufficient surveillance, and is too easily manipulated.

Yet, the Securities and Exchange Commission is now considering ETF applications from a number of major companies, including WisdomTree, NYDIG, VanEck, and Valkyrie Digital Assets. Grayscale has filed to launch an ETF in the past, but it does not currently have an active filing with the SEC for a Bitcoin- or crypto-related ETF. However, the company says it could push its $35 billion Bitcoin Trust, the largest of its kind, into an ETF.

“We’re not able to provide further detail aside from the fact that we are continuously exploring new opportunities, such as an ETF, in response to customer demand,” Michael Sonnenshein, Grayscale’s CEO and managing director, told Bloomberg. “We were the first to provide exposure to a digital asset through a regulated wrapper, and our goal is to ensure that we lead the market in whatever future product we bring forward as well.”

Federal Reserve Chairman Jerome Powell seems to agree with the SEC, saying Monday that cryptocurrencies remain an unstable store of value and that the central bank is unlikely to introduce a competitor anytime soon.

“They’re highly volatile and therefore not really useful stores of value and they’re not backed by anything,” Powell said during a virtual panel discussion on digital banking hosted by the Bank for International Settlements. “It’s more a speculative asset that’s essentially a substitute for gold rather than for the dollar.”

Fed Working On Its Own Payment System

In recent years, the Fed has been designing its own payments system that facilitates a more rapid transfer of money, with the unveiling of the final product likely to happen over the next couple of years.

“To move forward on this, we would need buy-in from Congress, from the administration, from broad elements of the public, and we haven’t really begun the job of that public engagement,” he said. “So you can expect us to move with great care and transparency with regard to developing a central bank digital currency.”

Powell said that Congress likely would have to approve some type of enabling legislation before the Fed could proceed with its own currency.

“It highlighted across a whole range of things the disparate impact of so many things on poor and lower- and moderate-income communities,” Powell said.

But regulated ETFs may be arriving sooner than expected, as Canada approved three publicly-traded Bitcoin ETFs within the last month. These funds trade on the Toronto Stock Exchange.

Ark Invest’s Cathie Wood, whose ARK Innovation ETF (ARKK) is up over 2.18% Monday, also told CNBC in February she expects the United States to approve a Bitcoin ETF, as she’s confident in President Joe Biden’s selection for SEC chairman, Gary Gensler, who is seen as beneficial for cryptocurrencies.