You are at:Home»Crypto Channel»USD Coin Issuer Announces Change in Its Reserve Composition 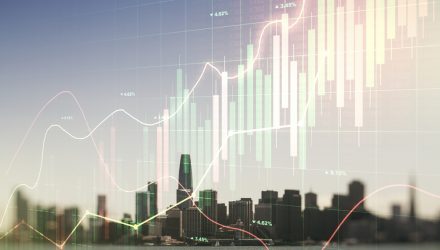 Circle, the company behind USD coin, announced via Centre, a consortium founded by Circle and crypto exchange Coinbase, that it will change the makeup of its USD Coin reserves to contain only cash and U.S. Treasury bonds, CNBC reports.

Circle originally claimed that USD Coin was backed 1:1 by actual U.S. dollars, however in July it was revealed that cash made up only 60% of USD Coin’s reserves. There are currently $27 billion worth of USD Coin in circulation.

According to a Centre blog post announcing the change, the consortium is “responding to USDC users, developers and other stakeholders by deepening its commitment to transparency.”

Stablecoins are supposed to be less volatile (i.e. more stable) than cryptocurrencies like Bitcoin or Ethereum. This stability, in theory,  comes from the crypto’s peg to an existing currency, like the U.S. dollar.

The idea is that the company issuing the coin has enough cash reserves to back each coin in circulation 1:1 with an actual asset so the price is less volatile than that of other cryptocurrencies.

In practice, however, many stablecoins may not actually have enough assets to justify their pegs to existing currencies.

Tether, the only stablecoin larger than USD Coin with over $75 billion coins in circulation, came under scrutiny earlier this year when reports revealed only 2.9% of Tether’s reserves were held in actual cash.

The majority of Tether’s reserves were instead held in commercial paper – unsecured, short-term debt – which is much riskier than cash, cash equivalents, or government bonds. A mass redemption of Tether, many worry, could destabilize short-term credit markets.

Stablecoins have come under scrutiny as of late, and stablecoin issuers have been called to provide details on their reserve compositions more frequently in order to increase transparency in the crypto space.

Officials at the U.S. Federal Reserve have expressed concerns that stablecoins could threaten financial stability, largely because of their lack of transparency and regulation.