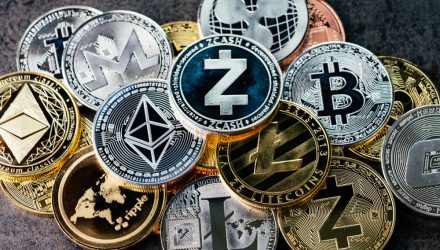 As the Stock Market Slows, Crypto Is Flying High

Cryptocurrency markets are seeing a drastic increase in trading, at a time when volumes in stocks and derivatives have dropped off, as reported in the Financial Times.

As more traders turn to speculative assets, cryptocurrencies are reaping the benefits. Trading on crypto exchanges climbed to $1.7t last month, compared to $1.2t in March and less than $100 billion in April of the previous year, according to data collated by The Block Crypto and reported in the Financial Times.

Meanwhile, equities volume fell 27% and equity options volume fell 14% in April compared to the previous month, hitting their lowest levels since October of 2020.

With the lower volume came lower volatility. The VIX, a measure of expected volatility on the S&P 500 Index “dropped below its long-term average of 20 last month, pointing to a period of market calm,” reported the Financial Times.

That’s a sharp contrast to the volatility the crypto markets are infamous for.

A shift of retail investors from stock trading to cryptocurrency is suspected to have driven crypto asset volumes much higher, as indicated in public filings and monthly data reported by exchanges.

The trading app Robinhood exemplifies this shift. Robinhood experienced its second outage this year on Tuesday, as demand for the meme-derived Dogecoin skyrocketed, along with the continuing demand for Ethereum, as reported in Fortune.

Interest in the more speculative cryptocurrencies, such as Dogecoin, are the drivers for the largest and most volatile demand spikes. Dogecoin originally began as a joke based on a popular internet meme, but has since garnered the backing of big names such as Elon Musk. The asset continues to see spikes. The most recent price rise can be traced to anticipation over Musk’s SNL appearance this coming Saturday.

Prices of other alternative cryptocurrencies, called “alt-coins,” including PancakeSwap and BakeryToken, have risen sharply, as they too have seen an uptick in interest.