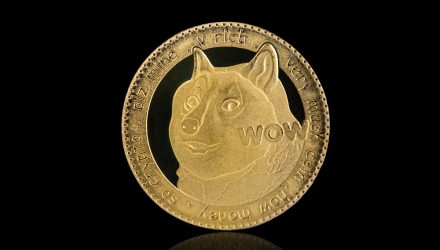 Despite weekend slumps that saw many cryptocurrencies fall, including Bitcoin, which dropped below $54,000 on Sunday, Dogecoin has maintained its current momentum, just in time for “Doge Day” on April 20th. As of 7 PM EST on Monday, Dogecoin has gained more than 8,200% YTD, according to CoinDesk.

Started in 2013 by Jackson Palmer and Billy Markus as a satire on altcoins, it has since become a mainstream cryptocurrency, hitting a record high of $0.45 last week—a far cry from where it began the year at $.0047.

The concept of holding a “Doge Day” on April 20th took off about a week ago, when Conagra Brand Inc.’s Slim Jim posted an advertising campaign centered around Dogecoin on Twitter. Online trading forums, such as r/WallStreetBets, began rushing the cryptocurrency, with the goal of pushing its price to $1 for Doge Day, as reported by the Wall Street Journal.

Dogecoin began garnering real attention and popularity back in February, when Tesla Chief Executive Elon Musk and Snoop Dogg both promoted the altcoin on their Twitter feeds.

Dogecoin has gained wide support from online communities and retail investors utilizing trading platforms that are commission-free, such as Robinhood. Robinhood recently made headlines after the meteoric rise of GameStop shares in January, when the trading platform halted and then throttled trading of the stock.

To many, the appeal of a meme cryptocurrency like Dogecoin isn’t in its price but in its volume. Unlike Bitcoin, Dogecoin has no quantity cap and therefore can create new Dogecoins infinitely, something many investors may be banking on. Coindesk lists 129.2 billion Dogecoin in circulation as of Monday.

Yet many analysts see Dogecoin as a risky bet at best, and its recent rise as indicative of a crypto bubble. Cryptocurrency risk management platform TRM Lab’s Akand Sitra points out in a LinkedIn post that “65% of all Dogecoins are kept in just 98 wallets across the world…(and) 5 wallets control 40% of the entire dogecoin supply.”

Dogecoin, argues Sitra, is a “scam” of holding onto the coin until it multiplies enough and then dumping and cashing out, causing a crash in value. “The Dogecoin bubble will burst by the end of this year, easily,” he added.

Co-founder Billy Markus believes differently, telling the Wall Street Journal: “This is absurd. I haven’t seen anything like it. It’s one of those things that once it starts going up, it might keep going up.”