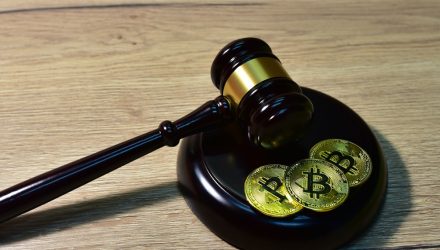 Months after VanEck’s spot bitcoin ETF was submitted, it has been rejected by the SEC.

The SEC’s ruling said, “The Commission concludes that BZX has not met its burden under the Exchange Act and the Commission’s Rules of Practice to demonstrate that its proposal is consistent with the requirements of Exchange Act Section 6(b)(5), in particular, the requirement that the rules of a national securities exchange be ‘designed to prevent fraudulent and manipulative acts and practices’ and ‘to protect investors and the public interest.’”

Bloomberg senior ETF analyst Eric Balchunas noted the inconsistency with not deeming CME a regulated market of significant size in its spot denial, but then approving a futures ETFs. “It’s such a good point, but SEC doesn’t care. Not having it. Basically logic and reason are trumped by technical legality.”

The SEC’s decision did not come as a surprise. SEC chair Gary Gensler had telegraphed his preference for a bitcoin futures ETF over an ETF that holds bitcoin in the past. In a tweet, Balchunas put the odds of the acceptance at “less than 1%,” noting, “Eagles have a better chance of winning the superbowl.”

We give it less than a 1% chance at being approved. Eagles have better chance of winning SuperBowl. https://t.co/ltToPerlwz

“The futures-based ETFs are more expensive and less efficient than the spot-based, this is a result of their complicated structure requiring more maintenance,” said Vetle Lunde, an analyst at Arcane Research, in a blog post last month.

Though some analysts fear that this rejection may trigger another bear market for the digital currency, like the kind experienced in 2013 and 2017, others see that as unlikely. Bitcoin has gained significantly more acceptance from institutional investors.

In an interview with the Independent, Ray Youssef, co-founder and CEO of Paxful, noted, “While this recent price rally can be attributed to movements like the approval of the first bitcoin ETF for institutional investors, we can’t ignore the impact of significant development and adoption in emerging markets.”