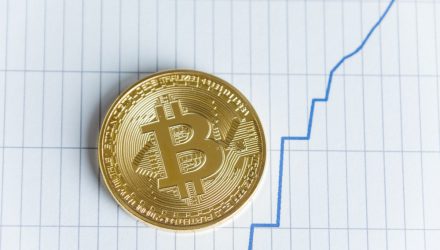 Bitcoin recently touched past the $25,000 mark in a recent rally, but given the way the leading cryptocurrency has been behaving as of late, investors have to wonder whether it’s a flash rally or something more sustainable. Recent short-term buying activity could point to potential long-term support.

According to a Cointelegraph article, recent short-term buying of bitcoin could be forecasting a sustained accumulation phase. According to the article, there’s been a “recent spike in short-term Bitcoin (BTC) holders could signal a ‘final flush’ of sellers, meaning the capitulation events have played out, leaving the market ready for months of accumulation.”

“The latest ‘The Week On Chain’ report from market analysis firm Glassnode on Monday points out that short-term holders (STHs) have expanded their holdings by 330,000 BTC since May’s catastrophic Terra collapse,” the report added further, noting the collapse of certain cryptocurrency coins in what’s been somewhat of a cleansing in the crypto market. “As a result, they may be the canary in the coal mine signaling the path to market recovery.”

The accumulation phase is akin to the expansion phase in an economic cycle. Prior to an expansion is the trough, which is marked by a point of low economic growth just before recovery.

Bitcoin, and the whole cryptocurrency market, experienced its own version of a trough in the first half of 2022 with heavy sell-offs. The month of July could potentially be the start of a comeback, which happened the previous year before bitcoin skyrocketed to a new all-time high in late 2021.

After a dramatic capitulation event, the ownership structure of #Bitcoin has been reshaped.

As markets sell-off, $BTC migrates from weaker hands, to those stepping in at the lows. Here, we explore how to track this migration of coins using age bands.https://t.co/xBxdvALRmZ

As opposed to accumulating bitcoin, investors can also opt for getting exposure to futures contracts in bitcoin via the ProShares Bitcoin ETF (BITO). With cryptocurrency regulation still in its infancy, BITO will allow investors to get bitcoin exposure on a traditional market exchange.

Furthermore, BITO is actively managed, giving investors dynamic exposure to the bitcoin futures market. This puts portfolio management in the hands of market professionals who can increase or reduce exposure to contracts given the current nature of the ever-changing, volatile crypto market.