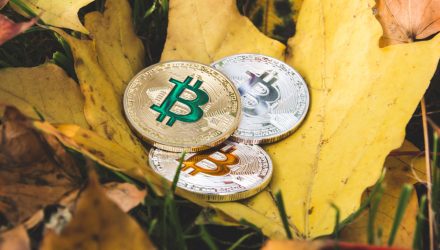 A New SEC Chair Ignites Hopes for a Bitcoin ETF

Earlier last week, the Senate confirmed Gary Gensler as the next chairman of the Securities and Exchange Commission (SEC), stoking hopes that the commission will finally approve a Bitcoin exchange trade fund due to his reputation for being an advocate for individual investors.

When a Bitcoin exchange traded fund comes to market in the United States is anyone’s guess. The fate of that proposition lies in the hands of regulators, but what is clear is that the competition is drawing some big names in the fund industry.

“Gensler’s confirmation means the SEC will have 3-2 Democratic majority; while many of the agency’s decisions are bipartisan, there has been some recent disagreement on issues like climate-related risks and ESG scrutiny,” reports Patrick Donachie for Wealth Management. “The commission’s Division of Examinations named ESG as one of its 2021 exam priorities and released a risk alert last week on ESG compliance concerns.”

It’s not immediately what Gensler’s personal feelings are on Bitcoin or a related exchange traded fund. Nevertheless, the SEC now has nine applications to ponder on that front.

Is Now the Time?

While the ETF market has been anxiously awaiting a Bitcoin ETF, the SEC has turned down all related proposals. Investors and the digital currency universe are hoping a change in leadership at the SEC could bolster Bitcoin ETFs’ chances of success.

That background is certainly relevant when it comes to ruling on the merits and downsides of a Bitcoin ETF, but the ultimate question remains: will the SEC change its tune?