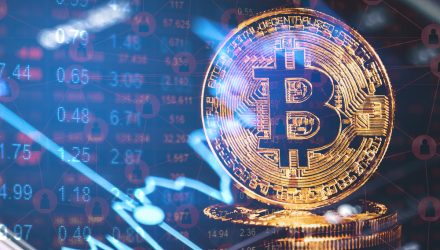 Bitcoin has rallied to hover around $50,000 as Bank of America Corp. strategists acknowledge the potential impact that crypto has, reports Bloomberg.

It’s the highest the cryptocurrency has been since El Salvador announced Bitcoin as a legal tender at the beginning of September, rising 2.8% at one point in trading. In this latest climb, Bitcoin has broken through two resistance levels and is trading at the upper end of its consolidation range for the past two months, reported Arcane Research in the article.

Alkesh Shah and Andrew Moss, strategists for Bank of America, wrote that at this point, digital assets are “too large to ignore” and that their view “is that there could be more opportunity than skeptics expect.”

The report from Bank of America tracks the rising popularity of cryptocurrencies and crypto assets with Wall Street despite recent Chinese regulations and the investigation into major crypto exchanges by U.S. financial regulators. The strategists believe that an increased focus on the space by regulators can only bring good in the long run, creating potential stability once investors are sure of how to invest in crypto.

The space has seen marked volatility that began in May with China’s initial announcement of a bitcoin mining crackdown. Prices reached lows in July but are currently up over 60% now compared to July’s numbers, and some advisors believe that the cryptocurrency has room to continue climbing.

“We expect short-term overbought conditions to be weathered long enough for a test of minor resistance near $52.9K, a breakout above which would target the all-time high,” said Katie Stockton, managing partner and founder of Fairlead Strategies.

While Bitcoin and other cryptocurrencies may have bottomed out in recent months, the appeal is one that hasn’t gone away for many investors.

“The Bitcoin price has moved around quite a lot even recently and so when we see dips in prices, we often see that as an opportunity and investors moving in to buy those dips,” Grayscale Investments CEO Michael Sonnenshein said in an interview as part of the Bloomberg Invest Global conference. “If they fundamentally have not changed their perception or their conviction in an investment, but they can buy an asset 10%, 15%, sometimes 20% cheaper than they could a day or two days ago, well that’s a compelling opportunity.”