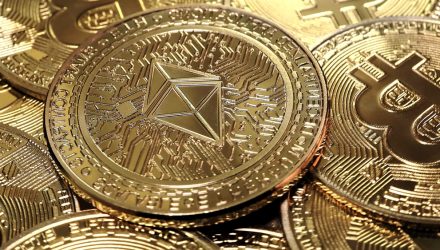 Is The Cryptocurrency Market Mirroring the Dot Com Bubble?

The rise of the internet opened the floodgates for companies centering their business models on the burgeoning online technology, which eventually led to the Dot-Com Bubble. The same could be happening now with the cryptocurrency market, according to Bitcoin Foundation Chairman Brock Pierce.

As technological innovation spurred a rise in internet companies labeled “Dot-coms,” investors were wide-eyed with the potential these companies could bring in this growing internet space. As such, these Dot-coms were overvalued to exorbitant levels as investors were eager to cash in on the next big thing in the new digital economy.

However, the early 2000s marked the resurgence of common sense as investors were realizing that a plethora of these companies were worth far less than their billion-dollar valuations at the time. In addition, scandals related to inflated earnings caused panic selling and as such, many of these Dot-coms were reduced to nothing.

Fast forward to today and some market experts are juxtaposing the Dot-Com Bubble to the current cryptocurrency crash that’s seeing digital assets plummet. Since reaching almost $70,000 in late 2021, leading cryptocurrency Bitcoin has fallen under $35,000 or below half its high last year.

Relating back to the Dot-Com Bubble, some companies were able to survive and eventually power through the next couple of decades while growing their brands into technological powerhouses. The same could be happening now as a saturated cryptocurrency market is experiencing a survival-of-the-fittest stress test.

“I think we are exactly where the tech industry was in 1999, 2000,” Pierce says. “Many of these projects will go to zero, but many of them will become the eBays, the Amazons, the PayPals of our time and future, but with probably even greater success.”

A “Scary Place For Investors”

Right now, it’s not just digital assets that are suffering from the current market pangs, but also stocks and bonds. Inflation fears and now recession forecasts continue to permeate through the capital markets, instilling a risk-off sentiment that’s sparking heavy sell-offs in both assets.

“The world remains a scary place for investors this year,” says Alejo Czerwonko of UBS Global Wealth Management. “We have been dealt with one negative shock after another, all taking a heavy toll on the global economic outlook.”

“The American Association of Individual Investors surveys its members weekly with a simple question: “What direction do you feel the stock market will take in the next six months?” Just 19% of respondents were bullish over the last month, the lowest four-week average in three decades,” Czerwonko adds.