You are at:Home»Crypto Channel»As Institutional Investment Rises, Will More Boomers Go with Bitcoin? 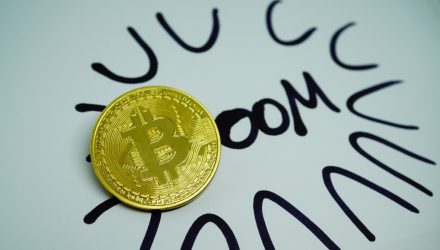 As Institutional Investment Rises, Will More Boomers Go with Bitcoin?

Bitcoin is often seen as a younger investor’s asset because these participants can more easily deal with the wide price swings associated with it.

However, an early Bitcoin bull says a wave of cash from baby boomers could soon flood the crypto market, with Bitcoin being a primary target for that capital.

“Galaxy Digital CEO Mike Novogratz has predicted that as much as a trillion dollars could flow into bitcoin over the next year as wealthy baby boomers get into cryptocurrency,” reports Bitcoin.com. “With the example of Morgan Stanley, he says that more banks will start offering bitcoin exposure to their customers.”

A Boost from Morgan Stanley?

“Following the announcement by Morgan Stanley to offer access to bitcoin funds to its wealthy clients, Novogratz predicted that other major banks and trading platforms will follow suit. This will likely spark the rush from wealthy baby boomers, he opined,” according to Bitcoin.com.

“The Galaxy Digital executive is not the only one expecting a flood of investments from baby boomers. Recently, JMP Securities predicted that about $1.5 trillion could flow into bitcoin from wealthy clients of investment banks,” concludes Bitcoin.com. “The firm based its projection on a modest portfolio allocation, citing that “Around $30 trillion of assets in the U.S. retail wealth management industry currently do not have direct access to bitcoin.”