You are at:Home»Crypto Channel»Grayscale Will Convert Its Bitcoin Trust to an ETF 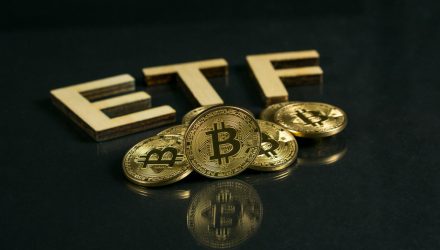 Grayscale Will Convert Its Bitcoin Trust to an ETF

There still isn’t a Bitcoin exchange traded fund in the U.S., but crypto market observers and ETF issuers are growing optimistic on that front. Grayscale is readying for that event, telling investors on Monday it will convert the famed Grayscale Bitcoin Trust (GBTC) to ETF form when regulators approve Bitcoin ETFs.

The announcement comes after the firm revealed that it’s looking to fill various ETF-related roles.

“With GBTC, Grayscale became the first company to launch a publicly traded-Bitcoin fund in the U.S. and the first and only to convert a Bitcoin fund into an SEC-reporting company,” according to the issuer. “These were each groundbreaking achievements and brought greater transparency, regulatory clarity, and reporting standards for the investment community. In fact, GBTC today remains one of only two crypto funds in the world with the distinction of being an SEC-reporting company. The other fund is the Grayscale® Ethereum Trust (ETHE).”

Hope Swells for a Bitcoin ETF

With Bitcoin and other cryptocurrencies captivating investors, talk is again increasing about the prospects for a Bitcoin exchange traded fund.

Multiple bitcoin ETFs recently debuted in Canada, and related exchange-traded products have existed in Europe for some time.

“We understand that for many, the public discourse around ETFs may seem novel and impactful, but this is a subject that Grayscale has been examining closely from both a commercial and regulatory perspective for several years,” notes the issuer. “Grayscale first submitted an application for a Bitcoin ETF in 2016 and spent the better part of 2017 in conversations with the SEC. Ultimately, we withdrew our application because we believed the regulatory environment for digital assets had not advanced to the point where such a product could successfully be brought to market.”

Positive regulatory developments may also serve to hasten the ETF approval process, or at least make an approval more likely.

“GBTC is the largest and most liquid Bitcoin investment product in the world. The size, liquidity, regulatory status, and track record distinguish GBTC from any other products in the world,” concludes Grayscale.