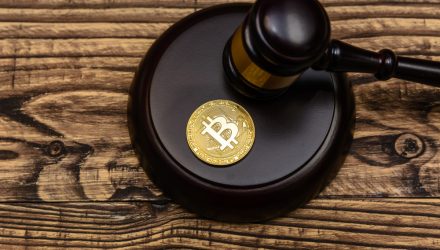 After several delays, the Securities and Exchange Commission has finally made a ruling on the conversion of Grayscale’s Bitcoin Trust that was initially filed in October of 2021, denying the conversion to a spot bitcoin ETF.

The SEC has denied the application, like all spot bitcoin ETF applications before it, on the grounds that NYSE Arca has not proven that it can prevent “fraudulent and manipulative acts and practices” to protect both investors and public interest. In other words, in these filings the burden falls on the exchanges to prove that the underlying bitcoin markets are resistant to fraud and manipulation, or else the exchange has to agree to be surveilled; according to the SEC, NYSA Arca has met neither requirement.

SEC Commissioner Hester Peirce recently spoke out regarding the SEC’s continued denial of spot bitcoin products, and the lack of any kind of meaningful movement in regulation from the SEC that might allow the space to grow in a productive way while providing protections for investors. You can read more about it in detail here.

Within one hour of the announcement of the decision, Grayscale’s CEO, Michael Sonnenshein, tweeted: “We’ve filed a lawsuit against the SEC $GBTC.”

The filing asks the U.S. Court of Appeals for the District of Columbia Circuit to review the SEC’s decision, and is step one in the litigation process.

The Road to Lawsuit

Grayscale campaigned hard for investors and any interested parties in and out of the industry to send comment letters to the SEC during the open comment period. In total, over 11,400 comments were submitted (the most comments ever received by the SEC for any singular commenting period). 99.6% of them were in favor of conversion, according to a Grayscale letter to investors on June 27.

“Through the ETF application review process, we believe American investors overwhelmingly voiced a desire to see GBTC convert to a spot Bitcoin ETF, which would unlock billions of dollars of investor capital while bringing the world’s largest Bitcoin fund further into the U.S. regulatory perimeter,” said Sonnenshein in a press release announcing the lawsuit.

The main crux of the argument is that the SEC is “failing to apply consistent treatment to Bitcoin investment vehicles as evidenced by its denial of GBTC’s application for conversion to a spot ETF, but approval of several Bitcoin futures ETFs” according to a letter to investors released last night after the ruling.

“It is the SEC’s arbitrary and capricious actions and discriminatory treatment of issuers that necessitates elevating this matter to the courts in the best interest of GBTC and our investors,” Grayscale said in the letter.

Grayscale has long voiced its willingness to sue the SEC should the fund conversion be denied, and its rapid response to the announcement demonstrates the preparation it has had in place. This preparation has involved adding Donald B. Verrilli, a former solicitor general during the Obama administration, to its legal team, as well as having a meeting with the SEC in May that Grayscale described as productive.

Should the court case escalate, the burden will fall on the SEC to prove the distinction between why it considers futures-based bitcoin products, and even a leveraged bitcoin ETF this month — the Short Bitcoin Strategy ETF (BITI) — to meet the standards it has set forth, but not spot bitcoin ETFs.

Much of the industry seems relatively unsurprised by the outcome, with estimates that litigation could take years. Grayscale has now become the voice of a frustrated crypto industry that continues to clash with regulators. Eric Balchunas, senior ETF analyst at Bloomberg, is conducting an impromptu poll on Twitter that currently shows 66.8% of the over 1,200 respondents indicating that they believe the SEC will win over Grayscale, but 69.4% have indicated that they are rooting for Grayscale over the SEC.