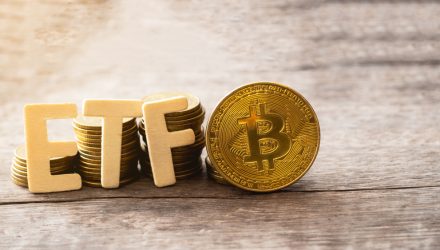 The advent of the exchange-traded fund (ETF) has allowed for creative investments, leading to a rise in thematic funds and also opened the door for cryptocurrencies. However, one major roadblock has been the Securities Exchange Commission (SEC), which is facing a lawsuit from Grayscale Investments after denying a conversion of its Grayscale Bitcoin Trust (GBTC) to a spot Bitcoin ETF.

Grayscale’s attempt at a spot Bitcoin ETF is not the SEC’s latest block. Recently, WisdomTree also attempted to bring a spot Bitcoin ETF to the U.S. stock market, but the SEC also denied its approval, noting a lack of investor protection—a common refrain for SEC denials.

Grayscale and other ETF providers’ goals are apparent: getting a spot Bitcoin ETF approval can help bring more institutional money to the digital assets space, especially after last year’s bull run. Even with 2022’s bear market in cryptocurrencies, there’s still high interest in meshing this new asset class with the traditional financial market.

The move for Grayscale’s GBTC to an ETF would make it a more dynamic investment vehicle, as well as give it more exposure via a public U.S. stock exchange. However, the SEC’s spate of recent denials is preventing this from coming into fruition.

In the eyes of the SEC, it could be a case of same story different filing application. This is where Grayscale takes issue with the recent denial, noting that its spot Bitcoin product shouldn’t be included as part of a blanket denial.

Given this, it appears the waiting game continues for a spot Bitcoin ETF. It seemed after Proshares’ introduction of the ProShares Bitcoin ETF (BITO) last year may have opened the floodgates, but the SEC hasn’t relented.

A Glimpse of Hope With New ETF

However, there, of course, remains the obstacle of SEC approval. If crypto market regulation falls under the watchful eye of the SEC, that could only grease the wheels for not only a spot Bitcoin ETF, but other cryptocurrency ETF products to enter the market.

“The launch of this Teucrium product only bolsters the case for a spot Bitcoin ETF since it’s utilizing the exact same fund structure,” said Nate Geraci, president of The ETF Store, an advisory firm. “That said, a ‘bolstered case’ doesn’t mean the SEC will budge from its hard-line stance. I’m still in the camp that a spot product simply won’t be approved until the SEC has regulatory oversight of crypto exchanges.”