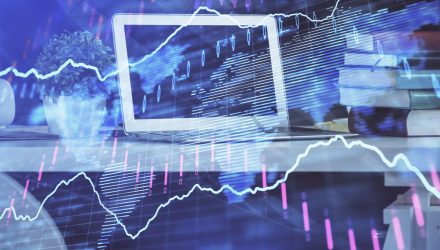 Global inflation woes, particularly in emerging markets (EM), are forcing certain countries to look for alternate ways to stave off inflation, which includes the use of bitcoin.

Despite their most recent weakness, cryptocurrencies were bullish for the majority of 2021, with leading currencies bitcoin and ether both reaching all-time highs. This brought forth the idea that cryptocurrencies could possibly serve as an inflation hedge, and certain countries are taking this to task as consumer prices rise.

“The largest crypto by market cap had seen a rocky start to 2022 as the Federal Reserve signaled (and then confirmed) it would unwind pandemic-era stimulus policies sooner than most had expected,” Coinbase notes in a “Coinbase Bytes” newsletter. “With countries including Turkey and Brazil suffering even steeper currency devaluation, we’re digging into several ways that Bitcoin — which was designed to resist inflation — has come into play in a global economy beset by inflation and supply chain woes.”

The country of Turkey is familiar with fiat currency troubles, as inflation skyrocketed to 36% last year. A stronger greenback didn’t help the local currency, the lira, but cryptocurrency exchange volume did see a healthy average of $1.8 billion a day in the final quarter of 2021, Coinbase notes.

It wasn’t just bitcoin that got Turkey love. For the risk-averse, stablecoins like tether saw Turkish citizens flock to more stable digital currencies as the lira plummeted 44% in 2021.

El Salvador, which made bitcoin legal tender last year, wasn’t the only country looking to the cryptocurrency to counter the effects of inflation. Brazil saw its inflation rise 10%, which called for the country’s leadership to use bitcoin as an alternative form of investment.

“Brazil’s second-largest city, Rio De Janeiro, plans to invest 1% of its treasury in crypto,” Coinbase notes. “Mayor Eduardo Paes joined Miami mayor and crypto advocate Francis Suarez to announce the plan, which may also allow residents to save on taxes paid in BTC.”

Argentina was another country that enabled crypto payments amid grappling with inflation. The country’s leadership met with Ethereum co-founder Vitalik Buterin in December to discuss ways that cryptocurrencies could help spur economic growth in the country.

Lastly, Mexico’s leading supermarket and banking chain Grupo Elektra said that it would accept bitcoin payments. The facilitation of real estate transactions in Mexico is also taking place, highlighting the country’s acceptance of crypto as a form of payment.

“This shows that the way we buy a home is changing,” an executive at Latin American real estate platform La Haus noted. “Not only do we do it digitally, breaking geographical barriers, but now we do it by breaking monetary boundaries.”