You are at:Home»Crypto Channel»Facebook Mass Outage Makes Case for Decentralization 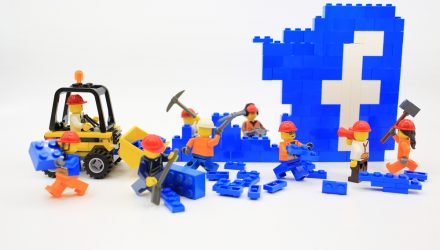 Facebook, Instragram, and WhatsApp all had massive outages earlier today, underscoring the importance of decentralization in tech.

As Facebook’s communications were taking to Twitter to notify people that the company was “working to get things back to normal as quickly as possible,” cryptocurrencies were soaring. Bitcoin surged 4.5%, cresting above $49,000, up from a daily low of $47,166. Etherium, meanwhile, climbed 3.5%.

Facebook’s stock tumbled over 5% as the outage struck a day after news broke that Facebook had ignored disinformation that led to the deadly January 6th insurrection on Capitol Hill. “Facebook, over and over again, has shown it chooses profit over safety,” former Facebook data scientist Frances Haugen told CBS’s “60 Minutes.”

The decentralization of social media has been a long-running discussion, with Twitter CEO Jack Dorsey even going as far as funding a cadre of open source architects, engineers, and designers to develop a decentralized standard for social media back in 2019.

Other platforms, such as Discord, continued to function normally as Facebook went down. “If they built Facebook on a blockchain, it would never go down,” said blogger Allen Farrington. The case has been made that the Bitcoin model of encryption and prioritization of privacy could help protect users, especially as social media becomes increasingly important in the daily texture of so many lives.

Where to Invest in the Digital Future

Investors interested in exposure to the companies building the infrastructure of the crypto space could kick the tires on the VanEck Vectors Digital Transformation ETF (DAPP). DAPP focuses on companies that make privacy and security possible. Though these companies often have direct ties to the cryptocurrency, they also frequently have broader applications. During the Taliban takeover of Afghanistan, many people found themselves locked out of their bank accounts. The privacy and decentralized nature of cryptocurrencies, however, meant that its users were outside the Taliban’s sphere of control.

The digital asset space is going to continue to play a vital role in determining how society thinks about social media, money, and privacy. A forward-looking portfolio would do well to have exposure to the companies that are on the frontlines of those discussions.