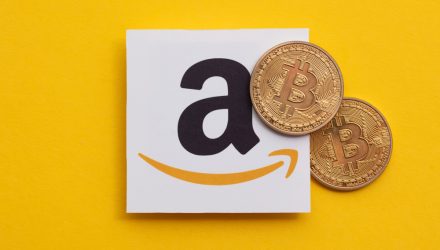 As investors are well aware, bitcoin is a long way from the high it reached back in November 2021, but some market experts foresee the leading cryptocurrency making an Amazon-like comeback.

The advent of the internet spurred a rise in businesses centering their core operations via online delivery. This, of course, led to a boom in a number of online businesses, leading to a saturated market, and often public offerings of companies with inflated valuations.

As history tells it, many of these companies fell to the wayside, resulting in a survival-of-the-fittest environment. One of those survivors was an online book business that’s now above a trillion-dollar market cap: Amazon.

Amazon fell as much as 90% after the DotCom bust in the early 2000s before its comeback story — Rockefeller International managing director and chairman Ruchir Sharma sees a similar narrative playing out for bitcoin. The cryptocurrency could make an Amazon-like comeback after a rough first half of 2022 that saw bitcoin drop as much as 60%.

“I’m not willing to call the [market]bottom as of yet on bitcoin and cryptocurrencies,” Sharma said. “The U.S. bear market regime, which is the driver of risk appetite around the world, is still very much in play.”

Inflationary times right now certainly have investors re-thinking the value of the dollar, even as the greenback has been propped up by rising interest rates. Still, at some point, even the mighty dollar could succumb to a replacement, and that could be bitcoin.

“The dependence on the U.S. dollar in general cannot continue … There is a need for having another currency out there with some transactional need, which is a bit more stable in value … Three to five years from now, hopefully [bitcoin] will emerge as a more stable asset,” Sharma said.

Investors looking for an alternate way to play bullish prices in bitcoin can take a closer look at the ProShares Bitcoin ETF (BITO). The fund uses an active management strategy for dynamic exposure to bitcoin futures, putting the control of the fund in the hands of market experts.

BITO provides prospective investors with an alternate route to getting exposure to the leading cryptocurrency via a traditional market exchange. Adding BITO can give a portfolio diversified exposure to digital assets without actually investing in the cryptocurrency directly.