You are at:Home»Crypto Channel»Ethereum Proving to Be a Solid Second Choice to Bitcoin 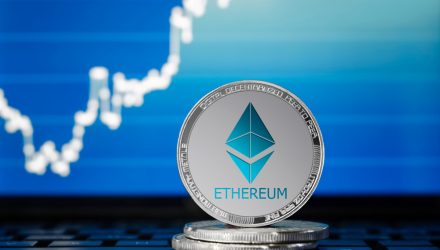 Ethereum Proving to Be a Solid Second Choice to Bitcoin

Cryptocurrency Ethereum could ultimately prove more lucrative than Bitcoin. Although it hasn’t been as popular the world’s number one crypto, investors are taking notice of its powerful financial technology.

By market value, Ethereum, also known as ether, is the second-largest digital coin behind Bitcoin. It’s easily the most credible and established alternative to the king of cryptos.

“It’d be easy to get wrapped up in Ethereum’s status as the second-largest digital asset and attribute its stunning rise — it’s more than doubled in less than two months — to bitcoin’s halo effect,” reports InvestorPlace. “That misses the mark because Ethereum is evolving in its own right and investors are taking note, indicating that there’s demand among crypto market participants for a legitimate alternative or complement to Bitcoin.”

That’s a complicated way of saying that Ethereum not only makes a cryptocurrency called ether possible, but can also support the launch of new cryptocurrencies and make it possible to crowdsource funding for new projects.

“Ethereum may never sport five-digit prices a la Bitcoin, but that doesn’t mean the number two crypto isn’t destined for big things,” according to InvestorPlace. “Do some quick research and it’s easy to find $2,000 price forecasts. From current pricing around $1,400, that target implies significant upside. Assuming Ether shows the ability to exceed those expectations and if the CME futures stoke institutional interest, this could easily be the “next big thing” in digital currencies even if it never sees $10,000.”