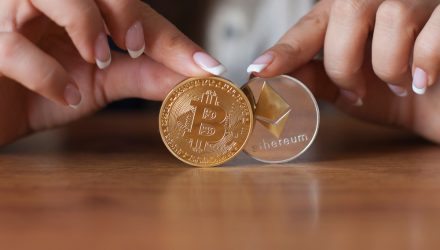 Ethereum Soars, But Is It Better than Bitcoin? Gold?

Bitcoin grabs the lion’s share of the headlines, but another cryptocurrency is outperforming it by a large margin: ether. This week ether, the transactional token of the Ethereum blockchain, has blown past its all-time high, soaring past the $3,000 mark and now edging close to $3,500 at time of print, per CoinDesk.

Its year-to-date growth has been likewise meteoric, up 325% compared to Bitcoin’s 95% growth during an equivalent time frame, according to Reuters.

Ether is now outperforming Bitcoin on a three-year basis: 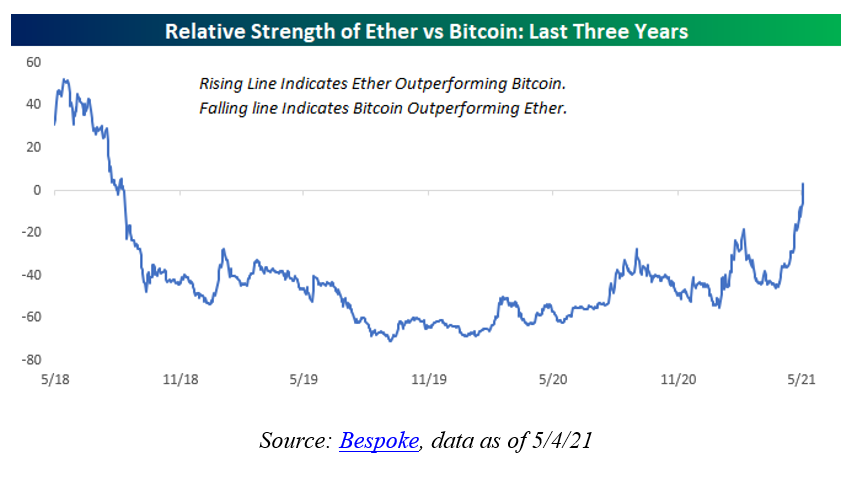 Ethereum is similar to Bitcoin, but with one major difference: its blockchain is programmable. Not only can ether be used for monetary transfer, it has a range of other digital asset applications, including applications, games, financial services, NFTs—and even Bitcoin.

So why the sudden surge in Ethereum when compared to Bitcoin?

Ethereum has typically shadowed Bitcoin, though with a lag. James Quinn, managing director of Q9 capitals, a Hong Kong cryptocurrency private wealth manager, believes what we’re seeing now is ether catching up to the gains of Bitcoin experienced in late 2020.

Quinn also believes that a greater push towards decentralized finance (DeFi), where transactions take place outside of traditional bank structures, is also an influence.

“At first, the rally was really led by bitcoin because as a lot of the institutional investors came into the space, that would be their natural first port of call,” he told Reuters.

“But as the rally has matured over the last six months, you have DeFi and a lot of DeFi is built on ethereum.”

Part of Ethereum’s appeal is its support of NFTs, demand for which has swelled recently, he added.

Another way to look at all of this is to compare the two cryptocurrencies to gold, a well-known safe haven asset and portfolio diversifier. Increasingly, however, cryptocurrencies are also used for diversification and as a “hedge against fiat currency inflation,” according to Business Insider.

Conversely, the ether/gold ratio has spiked, particularly this year. It rose from 0.39 on Jan 1, and now sits at 1.83.

“Talk about a rally,” remarked Bespoke its note.