You are at:Home»Crypto Channel»Crypto Markets Panic: Where Things Went Wrong 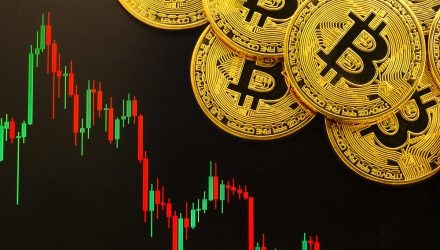 This morning saw mass chaos in the crypto markets, as Bitcoin fell 30%, leveling close to $30,000 at one point, and Ethereum losing more than 40% of its value, per the Financial Times.

Traffic and sell-offs were so pronounced that Coinbase (COIN), Kraken, and Gemini, all main crypto exchanges, suffered outages or other technical difficulties.

Major crypto exchange Binance had also announced that it was temporarily disabling ether withdrawals because of high traffic, and then later suspended trading for all leveraged tokens except those on Bitcoin, Ethereum, and BinanceCoin.

So what happened to spark the downward dive?

The largest catalyst for this most recent downward slide in the crypto markets began with Elon Musk’s May 12 tweet announcing that Tesla would no longer accept Bitcoin as payment for its cars, citing the environmental impact of Bitcoin mining as his rationale.

Shortly after, Bitcoin fell as low as $42,201, down from its historic $64k one month prior, per the Wall Street Journal.

The cryptocurrency seemed to rebound somewhat, when Musk later clarified that Tesla hadn’t sold any of its own Bitcoin, only to continue its slide in the subsequent days.

The most recent sell-offs could also be linked to Tax Day in the U.S., as investors look to cover taxes owed on high gains, as noted in a CoinDesk Podcast.

“If there had been no Elon controversy, and everyone attributed this dip to Tax Day, it a. wouldn’t freak people out nearly as much and b. that lack of freak out could probably lead to a much quicker recovery,” said host NLW on the Breakdown podcast.

He continues: “However, that isn’t the narrative. Instead, it’s Elon hyper-charging environmental FUD (fear, uncertainty and doubt) which is going to cause people to be a lot more spooked.”

Capitalizing on the fears sparked by Musk, the crypto space imploded this morning as news outlets reported that China was cracking down on crypto. Fears and uncertainties began driving mass sell-offs, with investors looking to dump their speculative cryptocurrencies.

In an article for The Block, Wolfie Zhao elaborated that China isn’t actually enforcing any new regulations, but instead that “three Chinese self-regulatory organizations (SROs) have published a statement to reiterate the country’s stance on crypto businesses,” a stance that it enacted in 2017.

Zhao also explained that Chinese regulatory bodies weren’t making the statements, but rather that “SROs…are responsible for ensuring their member institutions to follow the regulatory direction of their superior government entities.” In short, they are only reinforcing the existing regulations.

Mike Novogratz, Galaxy Digital founder and major cryptocurrency investor told CNBC in an interview today that “crypto has seeped into pockets all over our society and you had a confluence of events — a combination of tax day, Elon Musk tweets, whatnot, where you started breaking down the positivity in the price action, and now we’ve got a liquidation event.”

He added: “Humpty Dumpty never gets put back together in two days … when he cracks. It’s going to take a while. The market will consolidate. It will find a bottom somewhere. I’m hoping its close to here.”