You are at:Home»Crypto Channel»Crypto Fund Pool Continues To Expand Despite Bitcoin Volatility 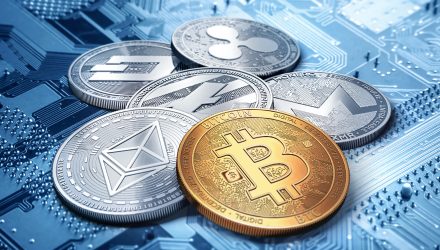 With the rampant volatility in the crypto market, as bitcoin and other currencies rally and plunge for various reasons, investors continue to find the prospect of a crypto ETF intriguing, although so far unattainable. Meanwhile, the universe of venture capital funds continues to grow.

The most recent entrant to the crypto fund race is Andreessen Horowitz, who is launching a multibillion-dollar fund to invest in the volatile cryptocurrency ecosystem.

“The size of this fund speaks to the size of the opportunity before us: crypto is not only the future of finance but, as with the internet in the early days, is poised to transform all aspects of our lives,” Katie Haun and Chris Dixon, partners who run Andreessen’s cryptocurrency group, said in a blog post.

The company’s first crypto-focused fund was launched three years ago, when bitcoin plummeted, losing approximately 80% of its value from the highs in 2017. This most recent fund seems to be arriving under similar conditions.

Bitcoin tumbled to a two-week low to start the week after news was released that China has intensified its suppression of cryptocurrency mining.

According to data from Coin Metrics, the world’s biggest digital currency sank to $31,760 Monday morning, dropping below $32,000 for the first time since June 8. It has been trading near its January lows for the past few weeks. Pressure on the cryptocurrency has affected smaller rivals like ether and XRP, which have plummeted 7% and 8.5%, respectively.

The moves in the cryptocurrency hurt funds like the Simplify Volt Pop Culture Disruption ETF (VCAR) and the well-known Ark Innovation ETF (ARKK).

Chris Dixon, general partner at Andreessen Horowitz, said the firm is taking a long-term and “patient” approach in the space.

“We’ve experienced ups and downs in the cryptocurrency market and expect there will be many more,” Dixon told CNBC Monday. “There’s potential in the technology, and some of the downturns can be the best investments.”

Bitcoin has lost nearly half its value since reaching the $60,000 level in April. Although it has bounced some this week, the notorious crypto plunged last week, breaking some key technical levels. Haun and Dixon noted the asset class’s unpredictability and said, “prices may fluctuate, but innovation continues to increase through each cycle.”

“We believe that the next wave of computing innovation will be driven by crypto,” the partners wrote, adding that they’re “radically optimistic about crypto’s potential.”

While the company has invested in Big tech enterprises, Andreessen Horowitz made its first move into the digital asset space through Coinbase in 2013 and has continued its digital currency interests by investing in Facebook-backed libra, which is also known as diem.

The Difficulty of a Crypto ETF

While venture capital funds have fared better, getting approval for a crypto ETF has been notoriously difficult, with no active ETFs to date. On Tuesday, the SEC announced that it was extending the review period for the Valkyrie Bitcoin Fund application, which was filed by Valkyrie Investments in January of this year.

In May, the SEC extended the decision-making period for the Valkyrie Bitcoin Fund by 45 days. The new date for decision-making is set to be August 10, 2021. However, the SEC regulator can extend the review period for a maximum of 240 days before it makes an official decision on an application.

The Valkyrie Fund is the third Bitcoin ETF proposal to see its review period extended in just as many weeks.

The SEC delayed the application review for the WisdomTree Bitcoin Trust at the end of May. The regulator then announced mid-June that it would be extending the review period for the VanEck Bitcoin Trust application, seeking additional public comments on the proposal.

Without a dedicated Bitcoin exchange traded fund available in the U.S., investors options are forced to purchase the largest digital asset directly, dabble in the crypto futures market, or invest in various blockchain ETFs such as the Amplify Transformational Data Sharing ETF (BLOK).

Another crypto fund option could come from VanEck, who had filing plans for the VanEck Vectors Digital Assets ETF in January. The concept was revealed in a recent filing with the Securities and Exchange Commission.

“Digital asset companies may include small- and medium-capitalization companies and foreign and emerging market issuers, and the Fund may invest in depositary receipts and securities denominated in foreign currencies,” according to the filing.

It’s not immediately clear if the new ETF will be comparable to existing blockchain funds on the market.